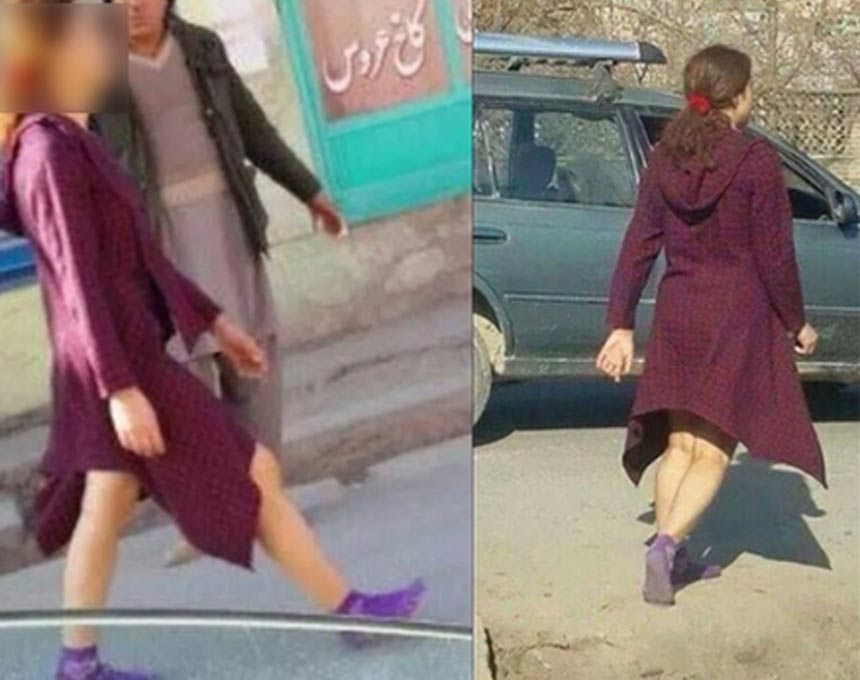 Photos of an unidentified woman walking through the streets of Kabul has gone viral on Afghanistan’s social media networks.

• I bit into a mouse, woman claims

This is an unusual sight in the Afghani capital, where women face strict clothing restrictions and many wear the hijab.

“I was shocked,” Mr Ensafi told the BBC.

“I knew I had to catch this special moment because I never saw a woman here walking down the streets like this.”

It is hard to track the number of people who have shared the photo, as internet and social media usage in Afghanistan is very low, but media commentators have said the photo is getting lots of attention.

“We have seen thousands of people talk about it,” Anwar says. “Not only on social media but also in the streets people are talking about her, wondering if she is mentally ill or if she is protesting.”