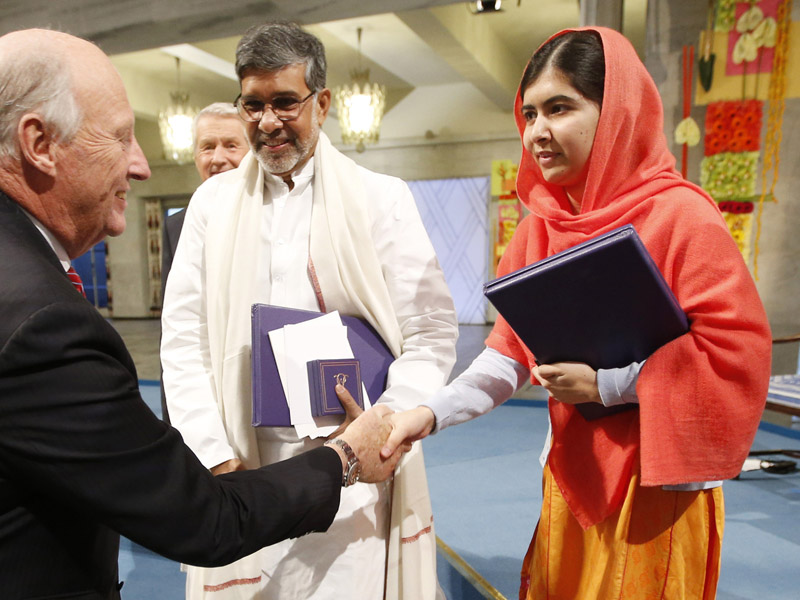 The 17-year-old is a campaigner for the education of girls, rising to prominence after being shot by a Taliban gunman in 2012.

Malala said the award for forgotten children who wanted education.

Mr Satyarthi said receiving the prize was a great opportunity to further his work against child slavery.

“There is no greater violence than to deny the dreams of our children,” Mr Satyarthi said in his speech.

“I refuse to accept that the shackles of slavery can ever be stronger than the quest for freedom”.

Malala said she would continue campaigning until every child was in school.

“I am here to stand up for their rights, raise their voice. It is not time to pity them. It is time to take action so it becomes the last time that we see a child deprived of education,” Malala said.

The Nobel committee described both laureates as “champions of peace”.