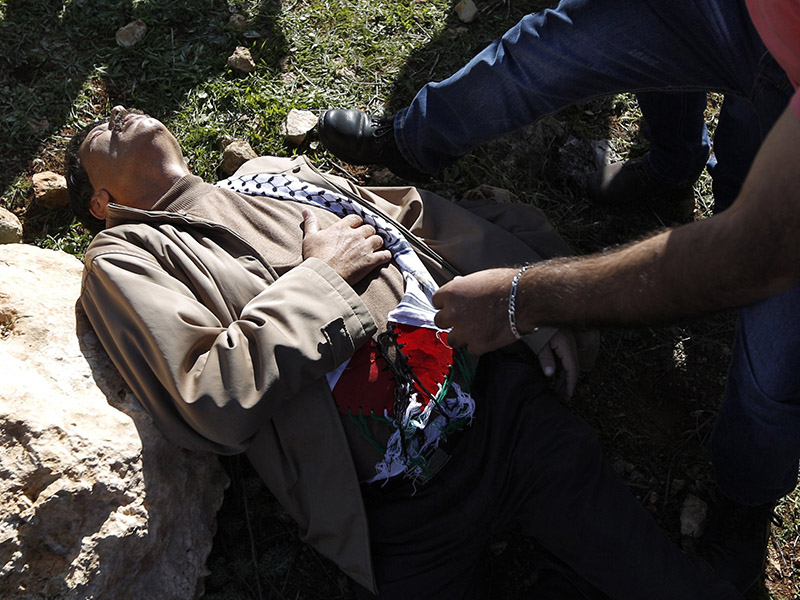 A senior Palestinian official has died after he was struck and grabbed around the neck by Israeli troops during a protest march in the West Bank, prompting international calls for an investigation into the incident.

The Palestinian leadership vowed to respond to what president Mahmoud Abbas called the “brutal assault” on Ziad Abu Ein, who was in charge of the issue of Israeli settlements for the Palestinian Authority (PA).

Meanwhile, the UN special envoy for the Middle East Peace process, Robert Serry, urged Israel to conduct a “prompt, thorough and transparent investigation” into the death.

Israeli Defence Minister Moshe Yaalon expressed regret for the death, saying the matter is under investigation.

“The incident in which Ziad Abu Ein died is being investigated by the Israel Defence Forces,” he said in a statement.

“We regret his death.”

Washington said on Wednesday that Secretary of State John Kerry will head to Rome on Sunday to meet Israeli Prime Minister Benjamin Netanyahu on issues including “recent developments in Israel, the West Bank, and Jerusalem and the region”.

A former PA deputy minister, Abu Ein, 55, is the most senior Palestinian official to die in a confrontation with Israeli forces in recent years.

His death was “a barbaric act that cannot be tolerated or accepted,” Abbas said, declaring three days of mourning.

The confrontation erupted as Abu Ein took part in a march of about 300 Palestinians who intended to plant olive trees as a symbolic act of protest against Israeli settlements, an AFP photographer said.

The group was confronted by Israeli soldiers in the West Bank village of Turmusayya.

Tear gas was fired, three soldiers grabbed Abu Ein and he was struck in the chest, the photographer said.

Abu Ein fell and an Israeli army doctor rushed to treat him before he was taken to hospital.

Ahmed Bitawi, the director of the Ramallah hospital, told AFP that Abu Ein “was martyred after being beaten in the chest”.

Abbas said his death would not go unanswered.

The Israeli army, or IDF, said it was “reviewing the circumstances” of the incident and had proposed a joint investigation with the Palestinians.

Anger at death of Palestinian official