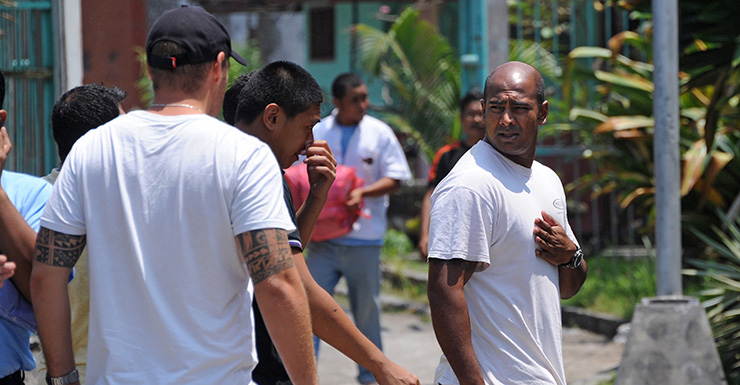 Indonesian President Joko Widodo has ruled out issuing pardons for any drug convicts on death row, including two Australians being held in Bali.

Bali Nine inmates, Andrew Chan and Myuran Sukumaran, have had a clemency request before the president for more than two years.

“I will reject clemency request submitted by 64 death convicted of drugs cases,” President Jokowi said during a lecture at Gadjah Mada University on Tuesday.

According to Indonesian news website Kompas.com, President Jokowi said that most of the prisoners had “destroyed the future of the nation”.

He said the rejection of clemency served as “important shock therapy” for drug dealers, traffickers and users.

Mr Joko’s new policy will condemn Chan, Sukumaran and more than 60 other drug prisoners to the firing squad.

The comments come just a week after the president announced that five convicts would be executed by the end of the month.