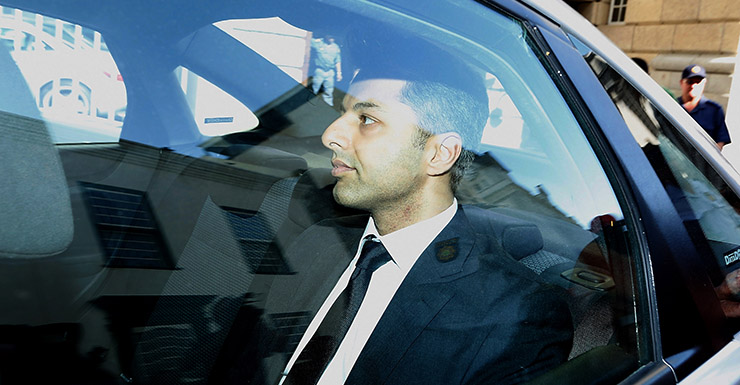 The family of a murdered Swedish bride whose millionaire husband was cleared of her killing have blasted the decision not to put him on the stand.

Ami Denborg says the testimony of her brother-in-law, British businessman Shrien Dewani, would have been the only way to learn the truth about what happened the night her sister Anni was killed.

Dewani walked free in Cape Town on Monday after Judge Jeannette Traverso cleared him of murdering his 28-year-old wife on their South African honeymoon.

• Barack Obama speaks out on US racism

The decision in what became known as the “honeymoon murder” case left Dewani’s mother weeping with relief in court, while his late wife’s family wept bitter tears.

Prosecutors said Dewani hired hitmen to kill Anni in a staged hijacking in a Cape Town township in November 2010 because he is gay and felt trapped into marriage.

Dewani says he is bisexual and loved Anni.

Traverso said the state’s evidence had “fallen far below” the level needed to secure a conviction, and it would be unjust to force Dewani to testify in his own defence.

The judge conceded there were “a number of unanswered questions” about the murder, and acknowledged “strong public opinion” that Dewani should take the stand.

Traverso also noted a plea by the murdered woman’s family that Dewani should not be allowed to walk free without testifying, but said her ruling was based on law and could not be influenced by emotion.

Anni’s family criticised the decision in an interview with Britain’s Sky News on Monday.

“It is a disappointment to all our family,” Denborg said.

“We don’t really care if he’s innocent or guilty, we just want to know what happened to Anni. The only way we could have found out … was to actually hear Shrien under court examination, under oath, telling his version of events on the night.”

Earlier, speaking to an international media scrum on the steps of the high court, Denborg said: “Justice failed us”.