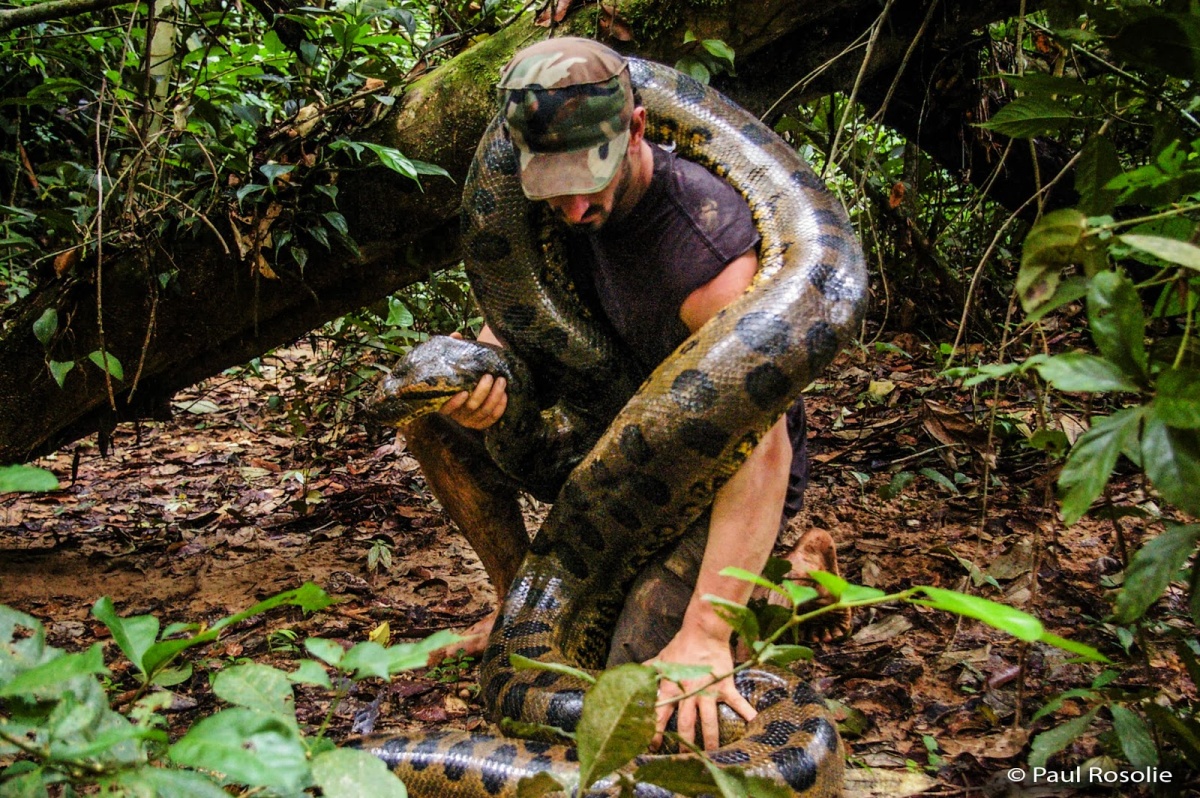 He promised to be “eaten alive” by an anaconda, but the reality was far less dramatic.

The heavily promoted show, in which Rosolie travelled to the Amazon jungle to find a snake large enough to eat him, has been lambasted on social media for over-hyping its main premise.

Audiences were guaranteed harrowing real-life footage of Rosolie – complete with a pig’s blood-soaked snake-proof suit – being swallowed whole by a massive snake.

In actual fact, not one part of Rosolie’s body entered the snake’s mouth.

What’s more, Rosolie later revealed to People magazine that the “wild beast” was really a Peruvian green anaconda taken out of captivity for the duration of filming.

So much for a man versus snake showdown.

Instead, the show’s star focussed on other, less terrifying, forms of wildlife for the majority of the two-hour special.

It was only in the last 15 minutes that he came face to face with his 113-kilogram predator.

Rosolie then proceeded to roll around in some mud with the snake and get the breath squeezed out of him before calling for help and being rescued by his team.

His battle wounds? Some impressive cuts and an arm with pins and needles.

What do I and the guy on #EatenAlive have in common? Neither of us has ever been eaten alive!

“Discovery I’ve never watched your show Naked and Afraid but after watching #EatenAlive I assume everyone is clothed and calm,” Twitter user Dave Lozo joked.

Some encouraged their followers to skip the show entirely, labelling it a “disappointment”.

“I know some of yall DVR’d #eatenalive. Just delete the recording. They lied. Discovery lied,” Jonathon Jones wrote on Twitter.

Others joked that they were more than deserving of their own Discovery Channel special:

Hey @discovery, can I have my own show? #EatenAlive pic.twitter.com/OLEZykn1sx

Not everyone was angry, however, with many arguing the conservationist had achieved his aim of raising awareness about the plight of Amazon wildlife.

“How many people couldn’t wait to see it, and then watched it, and now have a clearer idea of what Paul stands for, and how he wants to make a positive change for a forgotten world,” one fan posted on Rosolie’s Facebook page. “Paul – 1, viewers – 0. It’s about a much larger picture.”

Rosolie, who was also criticised for putting an innocent animal at risk, said he was impressed by the reaction of animal-lovers to the show.

“I thought it was great how many people came out in support of a snake,” Rosolie told USA TODAY.

“We didn’t hurt any snakes. Snake safety was the most important thing we were doing.”