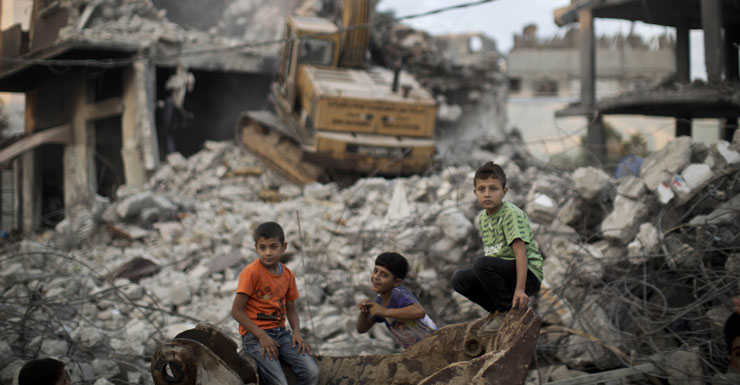 This has been a devastating year for children with up to 15 million swept up in wars in the Central African Republic, Iraq, South Sudan, the Palestinian territories, Syria and Ukraine, the UN children’s agency says.

“Never in recent memory have so many children been subjected to such unspeakable brutality,” UNICEF director Anthony Lake said on Monday.

“Children have been killed while studying in the classroom and while sleeping in their beds; they have been orphaned, kidnapped, tortured, recruited, raped and even sold as slaves.

“This has been a devastating year for millions of children,” he said.

Globally in 2014, 230 million children live in countries and areas engulfed in violent conflict, according to UNICEF.

The wars in Syria and Iraq, which have seen the rise of the Islamic State group, have left children in the clutches of increasingly brutal and extreme violence, the agency said.

More than 7.3 million children are affected by the war in Syria and 2.7 million in Iraq.

In Gaza, 54,000 children remain homeless from the 50-day war between Israel and Hamas militants that ended in August. Of the more than 2000 dead from the fighting, 538 were children.

In South Sudan, which has been engulfed in a year-long war, 235,000 children under five are suffering from severe acute malnutrition, while 750,000 have been displaced and more than 320,000 are living as refugees.

South Sudan armed forces and groups have recruited around 12,000 child soldiers this year, according to UNICEF.

The world’s worst outbreak of Ebola has left thousands of children orphaned while about five million are out of school in the three hardest-hit countries: Guinea, Liberia and Sierra Leone.

“The sheer number of crises in 2014 meant that many were quickly forgotten or captured little attention,” UNICEF said citing ongoing violence in Afghanistan, the Democratic Republic of Congo, Nigeria, Pakistan, Somalia, Sudan and Yemen.