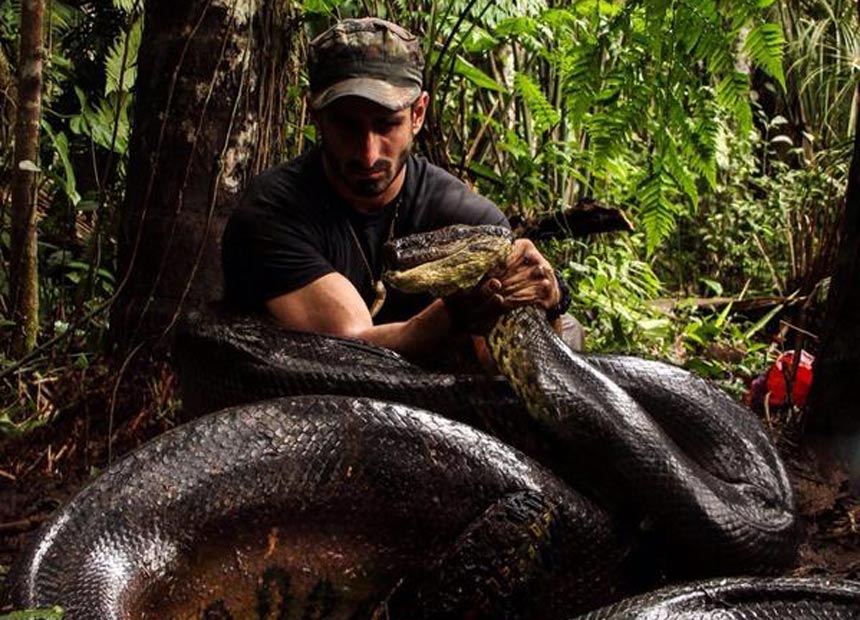 When naturalist Paul Rosolie wanted to focus attention on the destruction of the Amazon rainforest, he decided he needed a stunt guaranteed to get people looking.

So the environmentalist offered himself as dinner to an anaconda – and was swallowed alive, filming every moment.

Anacondas, the largest snakes in the world, typically suffocate their prey before ingesting it, making Rosolie’s attempt all the more dangerous.

But the American survived, and his harrowing journey into the stomach of the beast features in a Discovery Channel documentary, Eaten Alive, to air in Australia on December 12.

The idea came to him after a decade spent working in, and working to save, the rainforest habitat, Rosolie told AFP.

“Everybody on Earth knows the rainforests are disappearing and most people can tell you how important they are, but still, not enough people are paying attention.”

To avoid suffocating, experts crafted Rosolie a specially-designed carbon fibre suit, equipped with a breathing system – as well as with cameras and a communication system.

“We didn’t know if … I was going to be eaten, but we made sure that if I did make it inside the snake, I wouldn’t suffocate,” Rosolie said.

After 60 days camping in the Peruvian Amazon jungle, Rosolie’s team found a six-metre female snake which – after some provocation – “turned around and defended itself”.

The explorer was swallowed head first and spent more than an hour inside the giant snake, keeping in touch with his team the whole time.

He hasn’t given details on how he was freed, but says his team was careful not to harm the snake.

But Rosolie has been criticised by animal rights groups, with PETA saying the snake was tormented for the sake of ratings.