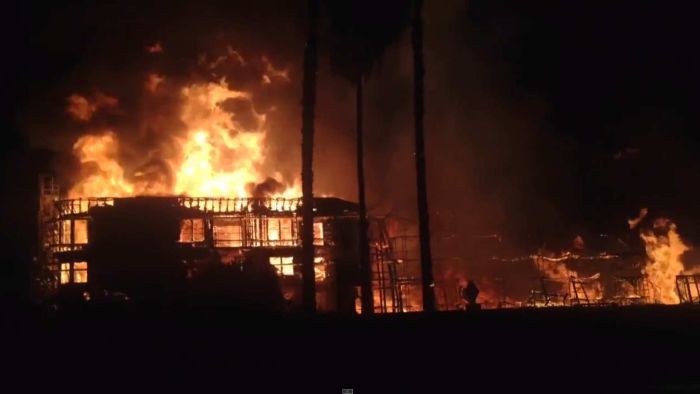 A massive fire has engulfed an apartment building in downtown Los Angeles.

More than 250 firefighters are battling the blaze consuming an apartment block under construction.

Pictures posted on social media appear to show a large and intense blaze.

Witnesses are reporting that several freeways have been closed.

There are no reports of injuries.

Local media said two buildings next to the apartment tower had also been damaged.

Police are warning people to keep away from the area.

The fire is believed to have started about 1:20am local time but the cause is not yet known.