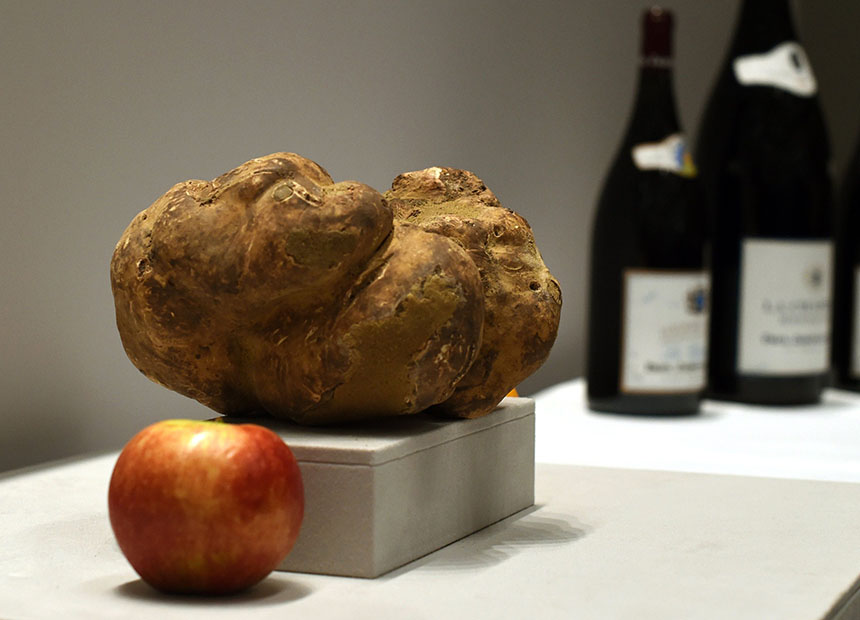 The world’s largest white truffle has sold at auction for more than $70,000 – far less than the cool million-dollar sale its owner reportedly had hoped for.

The White Alba truffle weighed 1.89kg when unearthed last week in the Umbrian region of Italy, making it by far the largest ever found.

• Could this city be the foodie capital of the world?
• Dude food: Awesome fourth of July recipes
• The best Australian sparkling reds

Sotheby’s said it was purchased for $73,600 by a gourmand from Taiwan, who had placed his winning bid by telephone.

Bidding in the New York auction started at $60,000 for the record-breaking fungus.

It was owned by the Balestra Family of Sabatino Truffles, whose chief executive told the New Haven Register newspaper this week that he hoped it would fetch seven figures.

“I told everybody I wanted a million dollars,” said Federico Balestra, telling the newspaper that a Sabatino employee in Italy “was hunting truffles for us and found the truffle for us”.

Mr Balestra added that the massive fungus – slightly smaller than an AFL ball – was large enough “to feed a party [of] 300-400”.

Long after the dinner plates are cleared away, the Balestra truffle was expected to enjoy immortality as an entry in next year’s edition of the Guinness Book of World Records.

News reports said this new record holder was about twice the size of the previous champion.

Nevertheless, the dethroned white truffle fetched far more when it was sold in 2010 – some $501,400, according to Sotheby’s.

The auction house said the Balestra family planned to donate proceeds from the auction to a number of charitable organisations, including Citymeals-on-Wheels, a local group that feeds the hungry, and the Children’s Glaucoma Foundation.