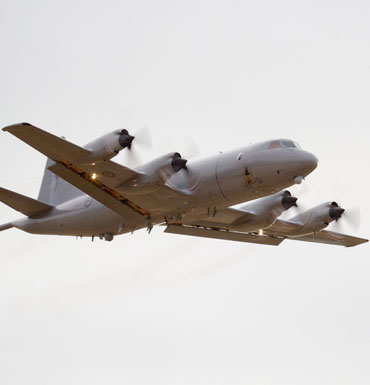 The US space agency’s Orion capsule has circled the Earth twice before plunging into the ocean in a flawless test flight that NASA called a “significant milestone” in the journey to Mars.

The mission was the first in more than four decades of a new US spacecraft intended to carry humans to the Moon or beyond.

The unmanned vessel soared into space on Friday morning atop a United Launch Alliance Delta IV Heavy rocket that rumbled and roared as it climbed into the pastel skies over the Florida coast at sunrise.

• Video: Antares rocket explodes at launch
• What passenger flight will look like in 2050

“It was just a blast to see how well the rocket did,” said Orion program manager Mark Geyer, after technical issues with the rocket and wind gusts delayed the first launch attempt Thursday.

It tested crucial systems like the heat shield and parachute splashdown. NASA engineers will carefully study the data it collected in the days and weeks to come to see how the capsule withstood the stress of space flight.

Live video images from the spacecraft showed stunningly high views of Earth as well as the capsule’s dramatic return to the Pacific Ocean.

A trio of NASA astronauts watched on large televisions at Kennedy Space Centre and bumped fists when Orion splashed down, as the packed press room erupted in cheers.

“We have kind of turned a corner from the post shuttle period and it is nice to see the new vehicle up in space,” said astronaut Rex Walheim, still grinning after the successful test.

“It has got a lot of pieces of the puzzle to go yet but we are making tremendous progress,” he said.

The United States has been unable to send astronauts to the International Space Station since the shuttle program ended in 2011 after three decades, leaving no option but to pay Russia to carry astronauts on its Soyuz capsules at a cost of $US71 million ($A76 million) per seat.

Potential future missions for Orion, which can fit four people at a time, include a trip to lasso an asteroid and a journey to Mars by the 2030s.

Another unmanned test flight is slated for 2018. The first Orion test flight with a crew on board is scheduled for 2021.