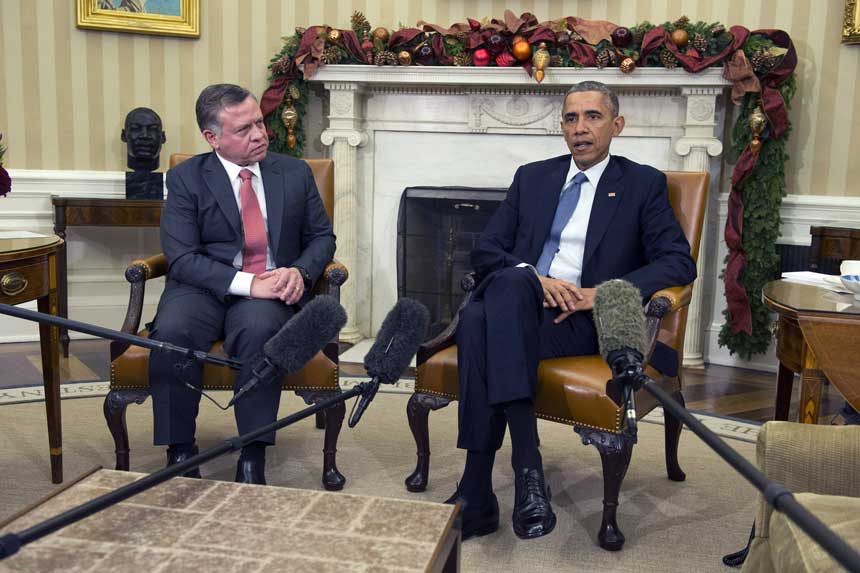 Jordan’s King Abdullah II has warned that the fight against Islamic State militants is a “third world war,” as US President Barack Obama pledged a sizable aid increase to his country.

As the two men met at the White House, Obama promised to increase US aid to Jordan from $US660 million ($A714.09 million) to more than $US1 billion per year.

He also vowed the United States would provide the kingdom with an additional loan guarantee.

King Abdullah said Jordan, the US and other countries “had to combine our strategies” to combat IS, saying he believed it would be a “generational fight”.

“We really have to have a pan-regional approach to this issue. This is a Muslim problem. We need to take ownership of this,” the Jordanian monarch told CBS television.

“It’s clearly a fight between good and evil,” he said, adding: “I think this is a third world war by other means.”

“The medium-term is the security aspect, but the long term is going to be the ideological one. There’s a lot of leaders around the Arab and Muslim world that have had enough, that want to come and say ‘look, enough is enough’.”

Obama said the increased US support aims to boost “political and economic reforms that are taking place inside of Jordan”.

Jordan borders Iraq’s Anbar province, which has been largely overrun by IS militants.

It is one of several Arab countries taking part in US-led air strikes against the militant group in Syria.