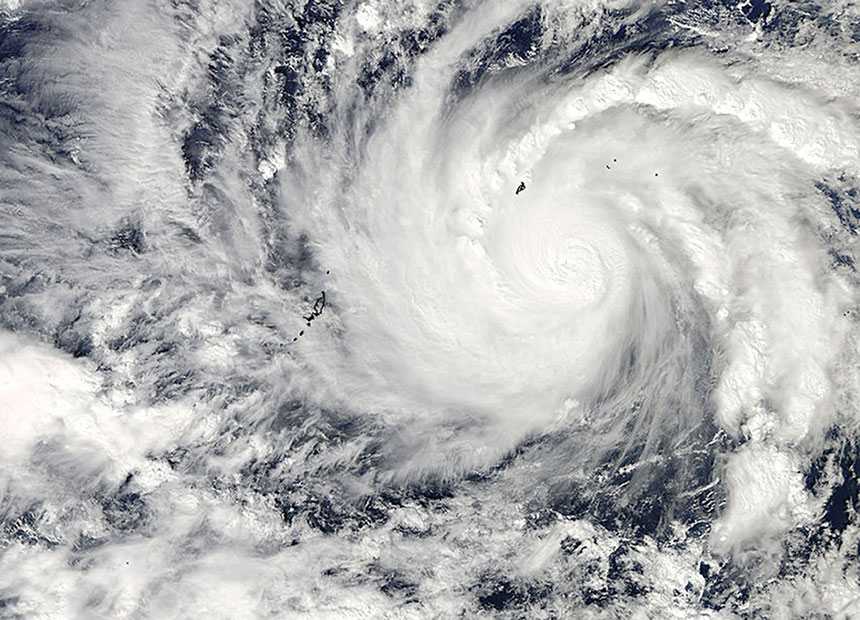 The Philippines is bracing for the arrival of a strong typhoon which is expected to hit areas devastated by Super Typhoon Haiyan last year.

Typhoon Hagupit was churning across the Pacific about 860 kilometres east of the Philippines on Thursday, the local weather bureau said, packing winds gusts of up to 230 kph.

It was expected to strengthen to a category 5 storm before slamming into Eastern Samar province in the central Philippines on Saturday, the weather bureau said.

Schools and government offices in the city of Tacloban, which bore the brunt of Haiyan last year, have been closed and coastal villages have been evacuated ahead of the storm.

Eastern Samar and the island of Leyte were worst-hit when Super Typhoon Haiyan struck in November, leaving more than 7000 dead or missing and more than four million homeless or with damaged houses.

“People are now conscious of preparations.”

He said they and some 3000 other families housed in temporary shelters were the priority in case authorities ordered a mandatory evacuation.

The local weather bureau and the Japan Meteorological Agency predicted that Typhoon Hagupit – Filipino for lash – would directly hit the central Philippines.

However, forecasting website Tropical Storm Risk and the Joint Typhoon Warning Centre of the US Navy showed the storm veering north, closer to Manila.

The Philippines was hardest hit by extreme weather in 2013, according to a report by German think-tank Germanwatch.

Concerns over extreme weather have been exacerbated by an apparent shift in storm paths, with southern regions hit by powerful typhoons in the past three years.

About 20 typhoons strike the country each year, most hitting the north along the main island of Luzon.

Philippines on alert as Typhoon Hagupit closes in