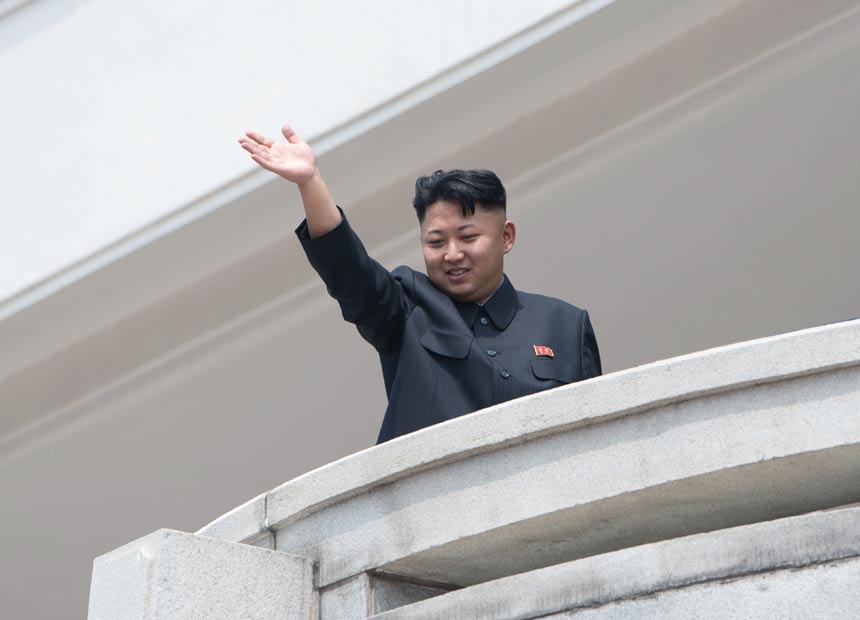 The supreme leader waves to his fans. Photo: AAP

North Korea has refused to deny its involvement in a hacking attack on Sony Pictures’ network that lead to the early release of several films and the freezing of the company’s email system.

The isolated country has been blamed for the cyber attack after it took issue with a new Sony film depicting a plot to assassinate its leader, Kim Jong-Un.

The film is due for release in the United States next month.

Earlier this year, the secretive nation filed a formal complaint to the United Nations about the film.

There has been speculation North Korea staged the sophisticated attack as an act of retaliation.

As part of the hacking, several films – including the recently released Brad Pitt drama Fury – were leaked to file-sharing sites.

The Interview was not one of the films leaked.

When asked about the attack, a spokesperson for North Korea’s mission to the UN responded: ” I kindly advise you to just wait and see”.

The FBI is continuing to investigate the incident.