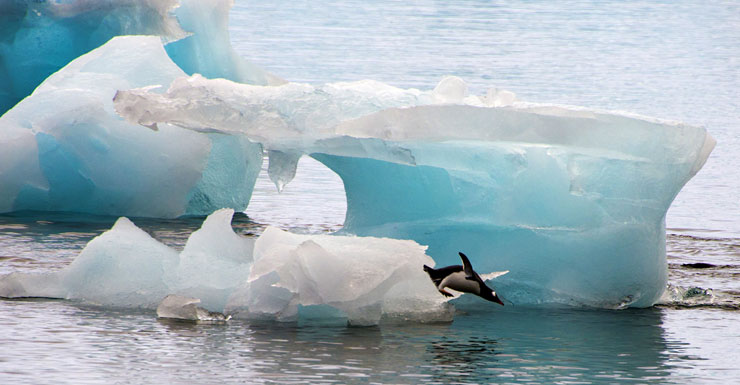 The melt rate of glaciers in the fastest-melting part of Antarctica has tripled over the past decade, researchers say in an analysis of the past 21 years.

Glaciers in the Amundsen Sea in West Antarctica are losing ice faster than another part of Antarctica and are the biggest contributor to rising sea levels, said researchers at the University of California at Irvine and NASA’s Jet Propulsion Laboratory on Tuesday.

Research published in May concluded that the melting of glaciers in West Antarctica, which contain enough water to raise sea levels by at least a metre, is speeding up and seems irreversible.

The study is the first to assess and reconcile observations from four different measurement techniques so as to generate an authoritative estimate of the amount and the rate of loss over the last two decades, said the researchers.

Their work will be published in the journal Geophysical Research Letters on December 5.

“The mass loss of these glaciers is increasing at an amazing rate,” said scientist Isabella Velicogna, jointly of UCI and NASA’s Jet Propulsion Laboratory.

“Previous studies had suggested that this region is starting to change very dramatically since the 1990s, and we wanted to see how all the different techniques compared,” said lead author Tyler Utterley of UCI.

“The remarkable agreement among the techniques gave us confidence that we are getting this right,” he said.

The measurements were carried out by radar and satellites belonging to NASA and the European Space Agency, and with the atmospheric climate model developed by the University of Utrecht in the Netherlands.

The total volume of ice lost since 1992 averages 83 gigatons per year. By comparison, the glaciers of Antarctica have melted the equivalent of Mount Everest every two years for the past 21. Everest weighs 161 gigatons, altogether.

The melt rate of these glaciers has increased an average of 6.1 gigatons per year since 1992. And from 2003 to 2009, when the four techniques were used simultaneously, the rate has risen 16.3 gigatons a year, nearly a tripling compared to the full 21-year period.

The results were released as a global warming conference has begun in Peru. Those talks are seen as critical to reaching a multilateral accord next year in Paris.