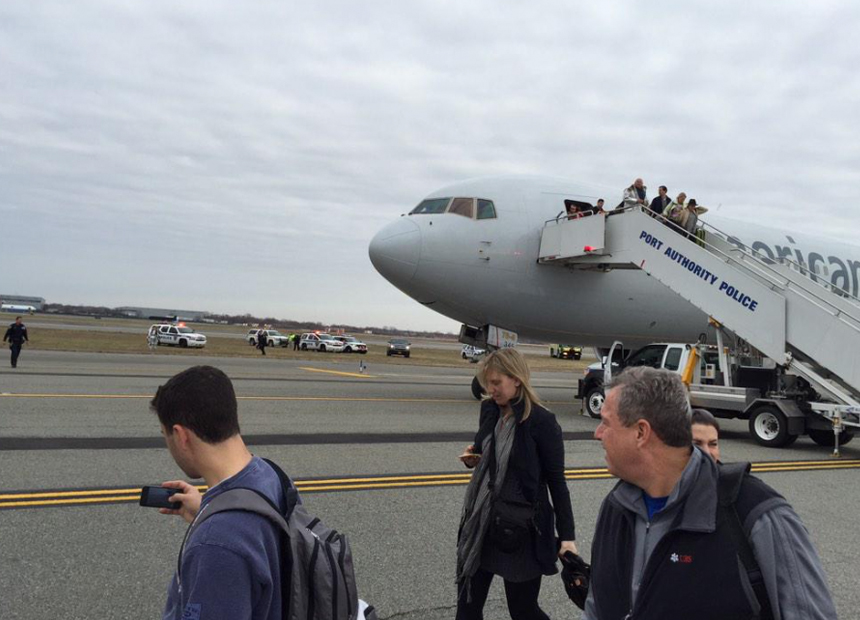 Passengers on board an American Airlines flight from Barcelona to New York have been forced to evacuate their plane at New York’s John F. Kennedy International Airport following a bomb threat.

According to New Jersey police, an anonymous call was made claiming there was a bomb on the plane.

All 200 people onboard were safely evacuated soon after the plane’s arrival at JFK airport on Sunday afternoon.

Following the evacuation, authorities at JFK investigated the bomb threat, with police and K-9 unit dogs searching the plane.

They found no signs of suspicious activity.

Concerned family members began contacting the New York Fire Department after it revealed details of the incident on its official Twitter page.

Good to hear! MT @CashAsh21 Grateful my dad and all his passengers on his airplane right now are safe and have evacuated at JFK. #FDNY

One passenger documented the experience on Twitter, and said police were holding passengers until all of their luggage had been checked.

Sitting off the runway at JFK on @AmericanAir 67 from BCN and we are held after landing due to an unspecified threat. Welcome home?

Port Authority police confirm bomb threat. Are checking luggage with dogs now. Won’t release us until they are done.

PA police suggested this threat may have been tied to a demand for money.