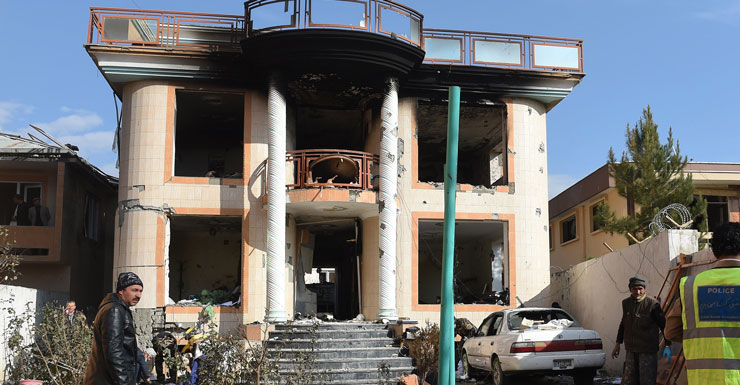 The latest Taliban strike in Kabul has killed a South African father and his two children, Afghan officials say, as the city’s police chief resigns after at least nine militant attacks in two weeks.

As the US-led NATO war against the Taliban nears its end, the insurgents have targeted foreign compounds, embassy vehicles, US troops and a female Afghan member of parliament.

General Zahir Zahir stepped down shortly after he confirmed that three South Africans and an Afghan citizen were killed in a Taliban attack on a foreign compound on Saturday evening.

Partnership in Academics and Development, a small US-based education aid group, posted a message on its website, saying three of its staff had been killed in the attack.

“The attack … by multiple gunmen included one who detonated a personal explosive device killing three and injuring other staff members,” the website said.

“In the midst of this unprovoked attack, Partnership in Academics and Development remains committed to providing educational resources for Afghan citizens as they become part of the international community.”

Mr Zahir said the organisation’s local head, his son and his daughter were all killed.

“The attackers first shot dead the director as they entered the building,” Mr Zahir said at a press conference, giving no further details about the victims’ age.

Fears are growing that the declining international presence is already fuelling the Islamist insurgency.

The mission will be replaced by a 12,500-strong force supporting the Afghan army and police, who have taken over responsibility for thwarting the Taliban.

“The minister has accepted his resignation.”

Taliban spokesman Zabiullah Mujahid claimed on Twitter that the compound hit on Saturday was that of a secret Christian missionary group and that a meeting of Australian visitors had been hit.

A neighbouring building was engulfed in flames as security forces took three hours to hunt down the militants.

Saturday’s attack came two days after the Taliban struck at another foreign guesthouse, wounding a guard, and a suicide bomber targeted a British embassy vehicle in a blast that killed six people.

Afghan soldiers and police have endured soaring casualties on the battlefield, with more than 4,600 killed this year as they take on the Taliban with less assistance from the US military.

President Ashraf Ghani, who came to power in September, has vowed to bring peace to Afghanistan after decades of conflict, saying he is open to talks with the Taliban who ruled Kabul from 1996 to 2001.