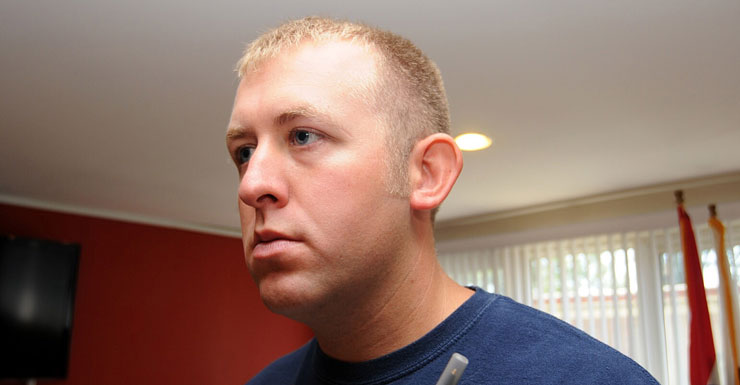 The white policeman who shot dead an unarmed black teenager in the St Louis suburb of Ferguson has resigned, but it failed to deter angry protesters demanding justice and reform.

Darren Wilson left the force citing fears for the safety of local residents and fellow police officers, according to a letter published by local media.

Wilson wrote in his letter that “it is my hope that my resignation will allow the community to heal”.

A grand jury decision on Monday not to charge Wilson in connection with the August 9 shooting death of 18-year-old Michael Brown touched off days of sporadic violence in Ferguson as well as demonstrations in several major cities across the United States.

“It was my hope to continue in police work, but the safety of other police officers and the community are of paramount importance to me,” the letter from the 28-year-old Wilson said.

Dozens of demonstrators again gathered outside Ferguson police station despite his decision to quit, with protesters setting fire to a US flag and jeering at police officers.

There was also a brief standoff outside a bar between demonstrators and riot police before organisers moved protesters along.

Earlier on Saturday, a core group of about 100 marchers, many from other US states, set out on a 192km “Journey for Justice,” heading from Ferguson – a mainly black suburb – to the Missouri state capital of Jefferson City.

The marchers, organised by the National Association for the Advancement of Coloured People (NAACP), are demanding the sacking of the Ferguson police chief, nationwide police reforms and an end to racial profiling.

“We will fight until hell freezes over, and then we will fight on the ice,” NAACP president Cornell William Brooks told supporters.

“What we’re endeavouring to do here is seek justice for a grieving family as well as systemic, fundamental reform in terms of policing for an outraged community.

“When you have a 12-year-old child who is killed with a toy gun in his hand, there is something fundamentally wrong.”

“Most of these young people say these people are out here for photo ops and that’s what aggravates the issue,” Gillis told AFP.

Brooks, dressed in neat jeans and a sweater, prayed and fell to his knees in reflection at Brown’s memorial while surrounded by a media scrum.