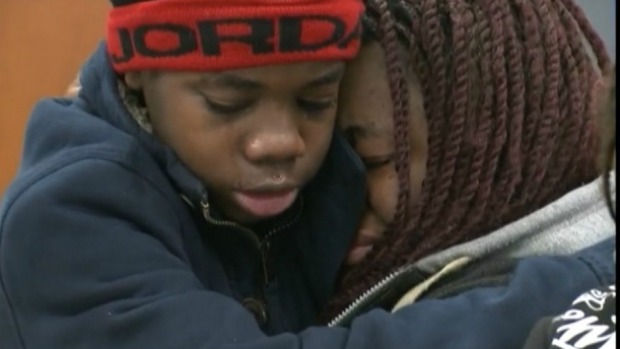 A 13-year-old US boy whose mother reported him missing four years ago has been found by police hidden behind a false wall in his father’s Georgia home.

Authorities arrested five people including the father, in Jonesboro, near Atlanta.

Clayton county police were called to the house where the family lives late on Friday, but Police Sergeant KT Hughes said occupants denied any knowledge of the child to officers.

But just to be sure, police searched the house. They found nothing, the report said.

But when police hours later received another call seeking help at the house, they returned.

As a second search was being done, the boy was able to call his mother and tell her where he was being held, reports said.

She directed police to a false wall, hidden by towels, enabling them to find him.

Police told Atlanta’s Channel 2 the mother had apparently reported the child missing to child welfare authorities in 2010, but not to police, possibly because she was an immigrant and unfamiliar with the legal system.

The mother was reunited with her son on Saturday.

However, authorities said there were still many unanswered questions over custody and why police had not been involved earlier, and that the child would remain with family services for the time being.

The father and stepmother, Gregory Jean, 37, and Samantha Joy Davis, 42, and three others were charged with obstruction, false imprisonment and cruelty to children.

Neighbours said the boy was seen at times working in the yard, and that they heard that he was home-schooled, the report said.

US boy, 13, found behind fake wall after four years