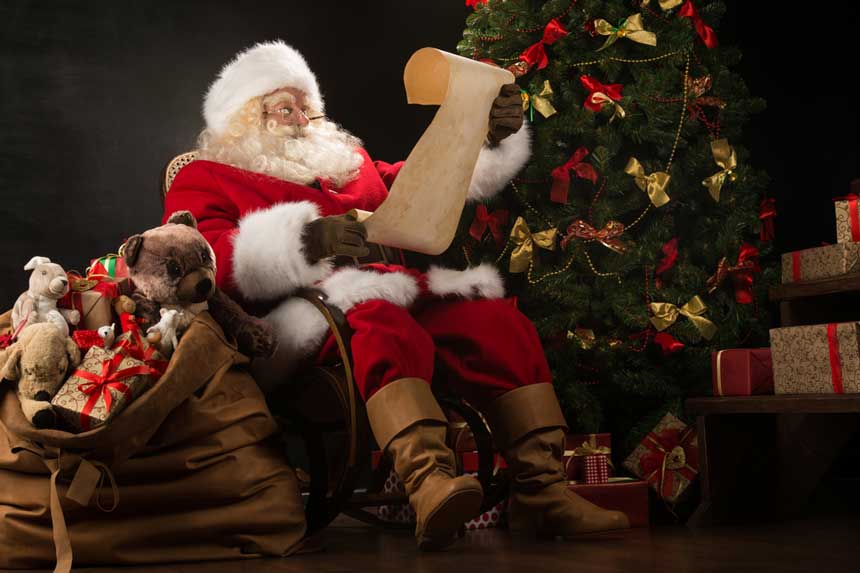 The science is in – Santa Claus uses a rocket on his sleigh to get to every house around the world in 48 hours.

Scientists in New Zealand estimate he must visit 800 million houses, or five houses every second.

In a video called The Science of Christmas, Professor Allan Blackman from Auckland University of Technology (AUT) explains how Santa probably uses antimatter rockets attached to the back of his sleigh.

• Christmas shopping: know your rights
• Band Aid 30 releases ‘Do They Know its Christmas’

Antimatter has the opposite charge of normal matter, and when both are combined they create a huge explosion of energy.

This would blast the sleigh forward at nearly the speed of light.

NASA is studying this phenomenon to use in their rocket engines.

“It looks like Santa has already beaten them to it,” said Professor Blackman.

The video on modern science and the magic of Christmas can be viewed below.

If you’re wondering how come no-one ever sees Santa, these scientists have that covered, too.

“We think Santa has covered his sleigh in these special lenses,” he said.

And how does Santa fit his jolly belly down the chimney?

“Santa is a big chap, but he’s also pretty squishy. To squeeze down a chimney, he only needs the gap to be a little wider than his head,” said Professor Blackman.

It’s likely he owes such flexibility to the Pilates and yoga he does in his spare time before Christmas, says the scientist.

When it comes to Rudolph’s glowing red nose, that comes down to bioluminescence, which occurs when the luciferin compound reacts with oxygen to produce light.

You’ve probably seen it in squid and fish, fireflies, and glow-worms.

Luciferin is also found in plants, including a moss in the Arctic where Santa’s reindeers live and graze.

Rudolph probably nibbled on some, causing the light-emitting chemical to be transferred to his nose.

Science explains how Santa gets it done