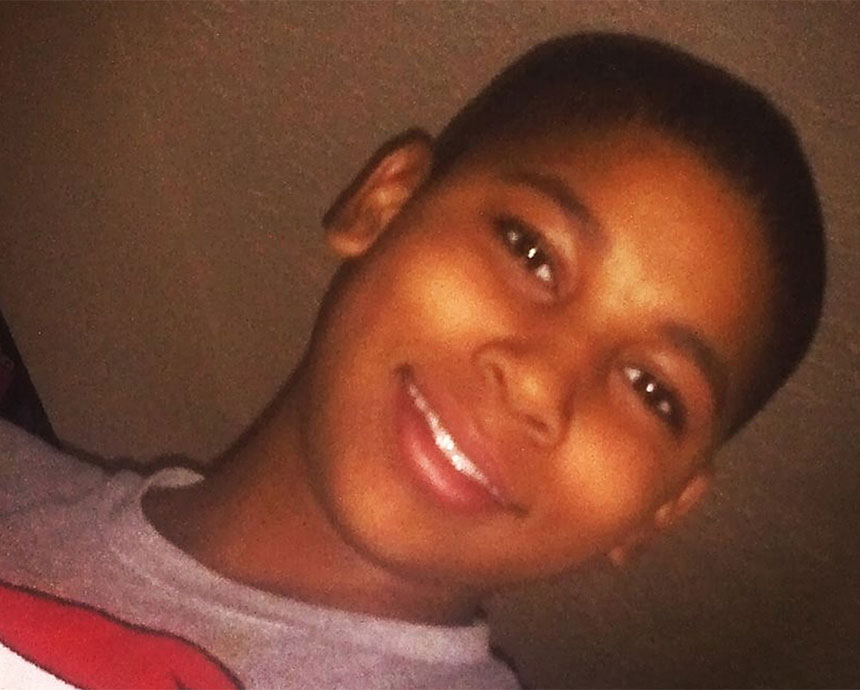 Video of US police officers shooting dead a 12-year-old black boy holding a replica gun seconds after confronting him has further stoked anger in the country.

Surveillance video released on Wednesday showed that the boy, Tamir Rice, was shot last weekend just seconds after two officers arrived in a patrol car at a Cleveland, Ohio park.

Audio broadcast on US TV shows that a man who first saw the boy waving and pointing the gun and called police, specified at least twice he thought it was probably “a fake”.

But the dispatcher speaking to officers rushing to the scene fails to mention that the witness thought the gun was not real.

The video emerged as tensions eased in Ferguson, after two days of often violent unrest sparked by Monday’s decision by a grand jury not to charge a white policeman who shot dead an unarmed black teenager.

Just a few dozen protesters and clergy braved rain and light snow to protest outside the police department in the St Louis suburb, where 18-year-old Michael Brown was killed on August 9.

The shooting sparked weeks of protest and a debate about race relations and military-style police tactics.

A Missouri grand jury decided Monday not to prosecute Officer Darren Wilson, who fired the fatal shots – a move that inspired coast-to-coast anger in the United States as well as a rally across the Atlantic in London.

The simmering fury led a small group of protesters to attempt to storm St Louis city hall Wednesday. After they were rebuffed, extra police and a National Guard Humvee were called in to protect the building.

In Ferguson late on Wednesday, the group of mostly young people – bundled up against the cold – shouted, “This is what democracy looks like.”

One or two taunted and swore at the 50 National Guard members in riot gear who stood on duty at the police department.

During the day volunteer clean-up crews swept the streets of Ferguson, where angry crowds on Monday torched businesses and looted stores.

Heavy security – police, state troopers and National Guard troops – was still visible in the streets Wednesday, but the situation was stabilising. Already, Tuesday night did not see the scale of destruction that followed Monday’s decision.

In Britain thousands of sympathisers angered by Brown’s treatment marched in London chanting the same slogan: “Hands up, don’t shoot.”

“We need to send a message to Mike Brown’s family,” said Carol Duggan, the aunt of Mark Duggan, a 29-year-old black man whose shooting by British police in 2011 sparked riots in London.

US civil rights leaders have called for more protests on Saturday.

“We continue to ask for calm,” McSpadden said.

Brown’s parents however had harsher words for Wilson, who had said Tuesday he had a “clean conscience” about the shooting.

The jury found that Wilson had shot Brown in self-defence after an altercation with him. A total of 12 shots were fired.

In his first televised comments since the incident, Wilson told ABC News he had feared for his life during the confrontation, believing Brown was attempting to wrestle his gun away from him.

A visibly emotional McSpadden said on NBC’s Today show that Wilson’s remarks added “insult after injury” and were “so disrespectful”.

His father, Michael Brown Sr, said on NBC he felt the officer’s version of events was “crazy”.

“For one, my son, he respected law enforcement,” Brown said.

“Two, who in their right mind would rush or charge at a police officer that has his gun drawn? It sounds crazy.”

New US shooting in spotlight