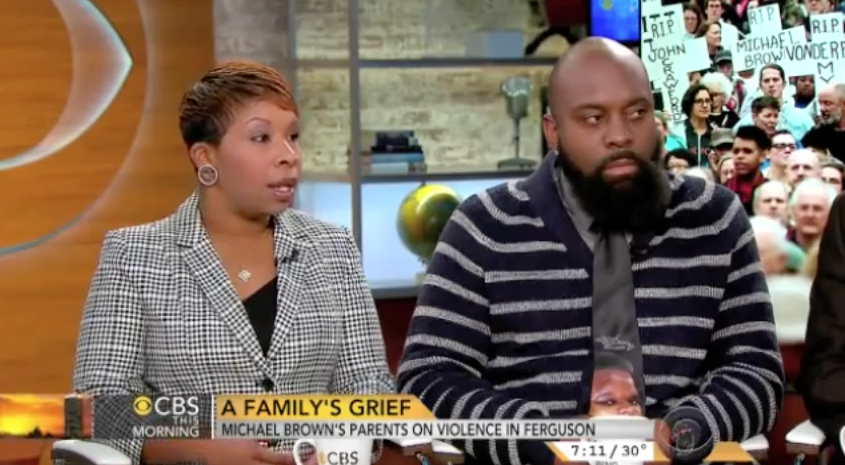 The parents of slain American teenager Michael Brown say they don’t believe a word said by the police officer who shot their son.

Mr Wilson appeared on NBC Today on Wednesday to share his side of the fatal shooting after a jury cleared him of all wrongdoing.

• Another night of protests after Ferguson verdict
• In pictures: Ferguson riots after jury decision

Brown’s stepfather, Michael Brown Sr., said Mr Wilson’s account sounded “crazy”, and denied the officer’s claims the teenager rushed at him before he fatally shot him.

“For one, my son, he respected law enforcement,” Brown Sr. said

“Two, who in their right mind would rush or charge at a police officer that has his gun drawn? It sounds crazy.”

“I know my son far too well to know he wouldn’t ever do anything like that.”

Ms McSpadden said the police officer didn’t want to kill her son, but was intent on violence.

“He didn’t do what he had to do, he did what he wanted to do,” McSpadden said.

The town of Ferguson in Missouri has been rocked by riots for a second night after a decision not to indict Mr Wilson sparked community outrage.