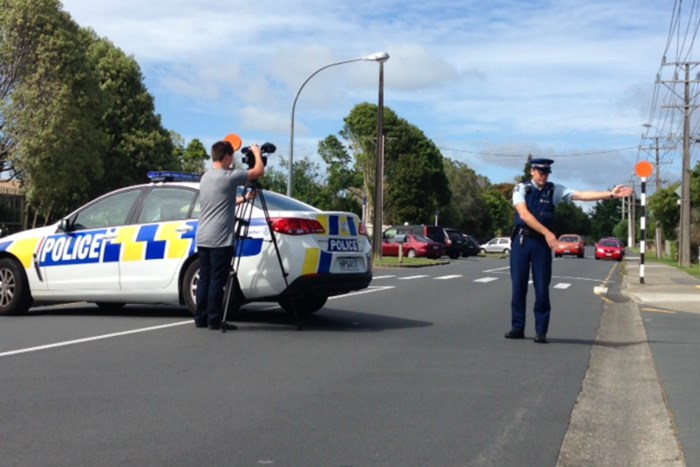 New Zealand police have apprehended a man after a large manhunt following a stabbing which left one person dead and two injured.

Emergency services were called to a property on Auckland’s North Shore shortly before 9am on Thursday after a stabbing.

A large number of police personnel, detectives and a police helicopter were deployed to search for 45-year-old Brent Scott.

He was eventually located at the airport getting ready to fly to South Africa.

Scott is accused of killing Heidi Welman Scott, 41, in an attack at a home in Albany that left two others with serious injuries.

Police have confirmed the survivors are Ms Welman Scott’s daughter, Taryn Welman, 22, and her boyfriend, also 22.

A message on the Albany Primary School’s website warned parents to stay at home with their children.

“Albany Primary School is currently in lock down procedure as there is a police operation in the area. We are keeping all students inside classrooms as a precaution.

“There is no danger to any students or staff. There is no need to panic. Please do not come to school as we are following lock down procedures.”

Ms Welman Scott had a protection order against Scott, who was due to appear in court on Thursday over a previous breach of that order, said Detective Inspector Bruce Scott.

“This is a family violence incident,” he told reporters.

The detective said Scott and Ms Welman Scott were originally from South Africa but had been living in New Zealand for a number of years.

LIVE UPDATES: One dead and two injured after a stabbing in Albany on Auckland’s North Shore http://t.co/kchsjZ6kie https://t.co/MbvuX5GBKl