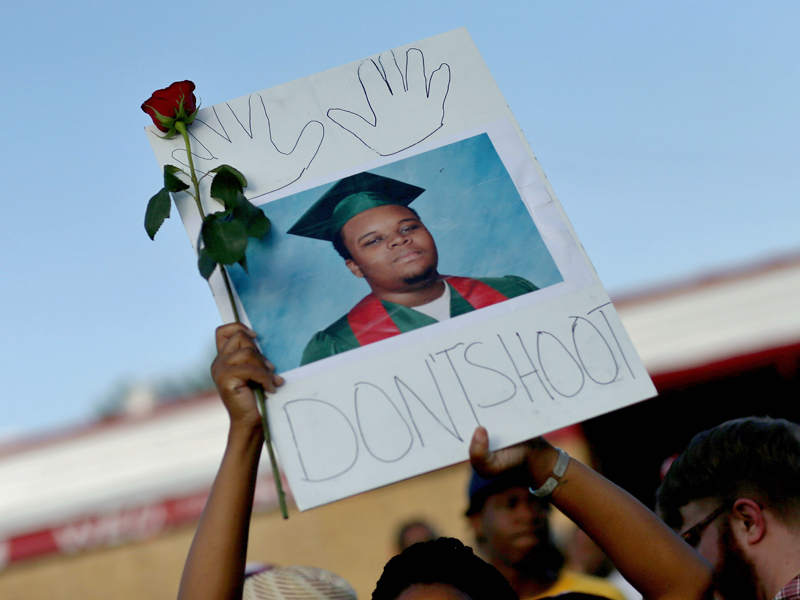 New details have emerged in the Ferguson shooting of American teenager Michael Brown, with police officer Darren Wilson saying he feared the 18-year-old would kill him before he shot him dead.

Mr Wilson’s testimony to a St Louis grand jury, who on Tuesday cleared him of any wrongdoing, reveals how Brown punched Mr Wilson and how his rage made him “look like a demon”.

“I’m just kind of in shock of what just happened,” Mr Wilson told the jury of the August 9 shooting.

“I really didn’t believe it because like I said, the whole thing started over ‘will you just walk on the sidewalk’.”

According to the police officer, the teenager became aggressive when told not to walk in the middle of the road, confronting Mr Wilson in his police vehicle and punching him through the window.

“When I grabbed him, the only way I can describe it is I felt like a five-year-old holding Hulk Hogan,” Mr Wilson said in his testimony.

“I felt another one of those punches could knock me out or worse.”

“I’ve already taken two to the face and I didn’t think I would, the third one could be fatal if he hit me right.”

Brown allegedly antagonised the police officer after he warned he the six-foot-four teenager he was going to shoot him, saying “you are too much of a p***y to shoot me”.

Mr Wilson describes the moment he fatally shot Brown in the head after chasing him on foot, saying Brown was running at him and looked “crazy”.

“He turns, I look at his face. It was just like intense. It was. I’ve never seen anybody look like that, for lack of a better words, crazy.”

“His first step is coming towards me, he kind of does like a stutter step to start running. When he does that, his left hand goes in a fist and goes to his side, his right one goes under his shirt in his waistband and he starts running at me.”

“When it went into him the demeanor on his face went blank, the aggression was gone, it was gone, I mean I knew he stopped, the threat was stopped.”