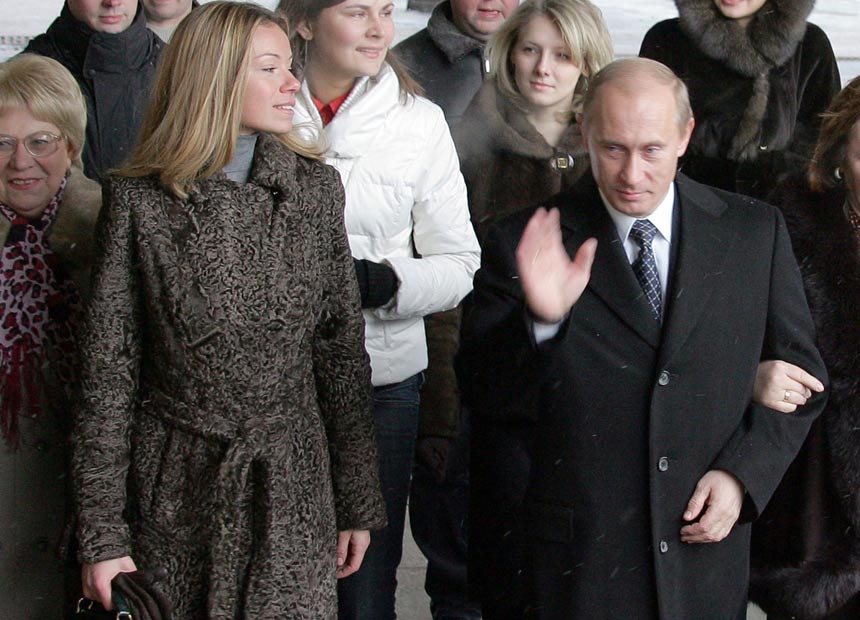 Russian leader Vladimir Putin has shared details of his closely guarded personal life in a rare interview, revealing he only has time to see his adult daughters once or twice a month.

“I have a packed work schedule. Even my daughters I only see once or twice a month, and then I need to pick my moment,” Mr Putin said in an interview with state-run news agency TASS.

The 62-year-old is never officially photographed with his daughters Mariya, 29, and Yekaterina, 28, and little is known about them.

Until now, it was not known whether Mr Putin’s daughters lived in Russia or abroad.

It was previously believed Mariya resided in The Netherlands.

When asked where they lived, the leader replied: “In Russia, where else?”

“Of course, they live in Moscow. We meet at home,” he said.

Mr Putin divorced his wife of 31 years this year.

The controversial Russian president also spoke about the pressures of his job, saying he doesn’t have time for friends.

“All the same I don’t feel lonely. However strange that sounds.”

Despite being in power since 1999, serving as prime minister and then president, Mr Putin ruled out a life-long career in politics.

“No, that’s not good for the country,” he said.

“It’s harmful and I don’t need that.”

Vladimir Putin opens up about his personal life