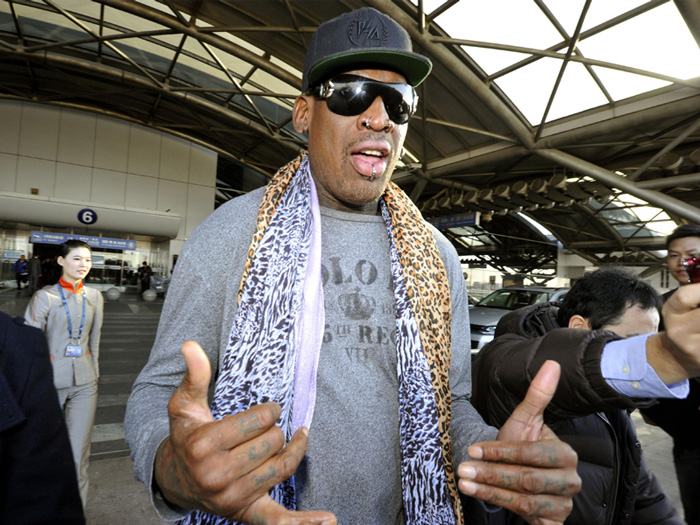 Americans Matthew Miller and Kenneth Bae were freed on the weekend after being imprisoned in North Korea, with Rodman saying a letter he sent to Jong-un earlier this year secured their release.

According to TMZ, Rodman wrote to the North Korean leader in January asking for the two men to be released from their sentences of hard labour.

“I ask for your mercy to prisoner Kenneth Bae and would be eternally grateful for his safe return and make a big step towards bridging the gap between our two nations,” Rodman wrote.

“I understand the crimes [Bae] committed, and ask you my dear friend, the highly respected Marshall Kim Jong Un for his release to show my country how loving and compassionate you and the DPRK can be.”

Mr Miller, a 24 year-old tourist, was held on espionage charges since April, while Mr Bae, a 46-year-old missionary, was imprisoned for two years.

Rodman said he had “no doubt” his visits to Pyongyang helped secure the prisoners’ release.

US President Barack Obama said the outcome was “wonderful” after the government sent a US intelligence chief to North Korea on a secret mission to secure the men’s release.