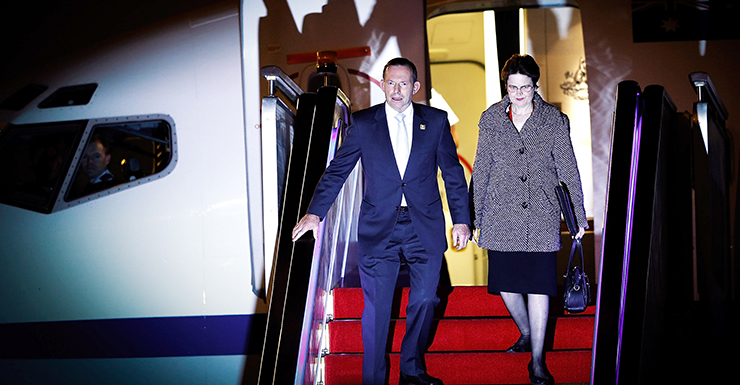 Tony Abbott will discuss Islamic State and the conflict in Iraq with US President Barack Obama ahead of the APEC summit in Beijing.

The prime minister will have an hour-long meeting with Mr Obama in the Chinese capital on Monday, before the APEC leaders summit officially kicks off.

The talks will be firmly focused on the coalition efforts against IS in Iraq.

Mr Abbott and Mr Obama will also discuss the agenda for the G20 and are likely to touch on the MH17 disaster.

The pair will also give a rare joint press conference.

The prime minister will have several other bilateral meetings on Monday but the long-awaited showdown with Russian President Vladimir Putin isn’t expected to be among them.

That is likely to occur on APEC’s sidelines on Tuesday.