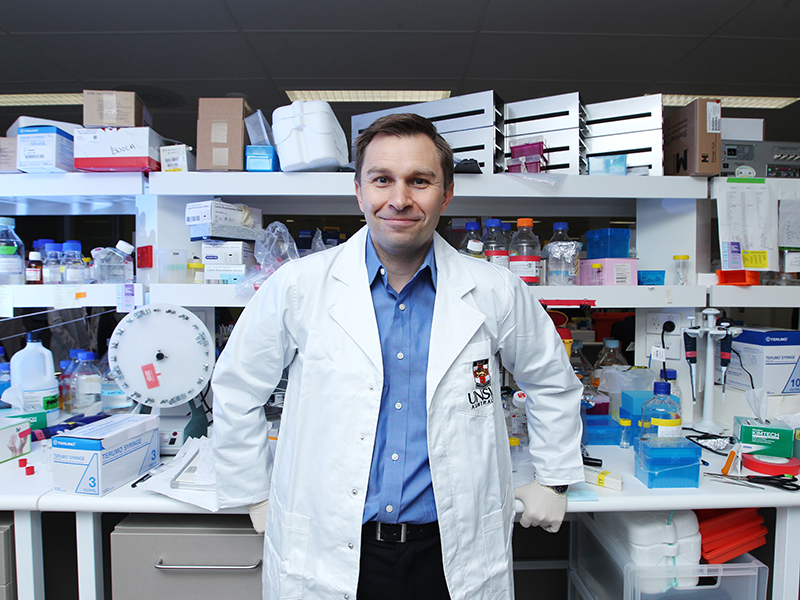 Scientists from Harvard and the University of New South Wales say they have discovered how to reverse the ageing process.

The research has focused on mice, but early clinical trials have also been conducted on humans.

The scientists said they switched youthful genes on and older genes off, using naturally occurring proteins and molecules.

Professor of genetics at Harvard and UNSW, David Sinclair, led the research team.

“We’ve discovered genes that control how the body fights against ageing and these genes, if you turn them on just the right way, they can have very powerful effects, even reversing ageing – at least in mice so far,” he said.

“We fed them a molecule that’s called NMN and this reversed ageing completely within just a week of treatment in the muscle, and now we’re looking to reverse all aspects of ageing if possible.” Professor Sinclair said the breakthroughs could be used to develop drugs to restore youthfulness in human cells.

“We’ve gone from mice into early human studies actually. There have been some clinical trials around the world, and we’re hoping in the next few years to know if this will actually work in people as well,” he said.

The clinical trials were small studies but showed promising results in humans, he said.

“They show that the molecules that extend lifespan in mice are safe in people; they seem to be anti-inflammatory, so they might be useful against disease’s inflammation, like skin redness or even inflammatory bowel disease,” he said.

“Eventually we want these molecules to be taken by many people to prevent diseases of ageing and make them live longer, healthier lives.”

Professor Sinclair was named by Time Magazine as one of most influential people in the world.

He has been taking the red wine molecule, resveratrol, for a decade.

“I’ve been taking resveratrol for the last 10 years because it seemed to be very safe,” he said.

“I think the risks are, for myself, worth it, though I don’t ever promote it.

“But the more research that I see done, and there are now thousands of papers on it, I think that there’s a good chance that it’ll have some benefit.”

Professor Sinclair said the latest discovery could, one day, be seen in the same light as antibiotics.

“Some people say it’s like playing God, but if you ask somebody 100 years ago, what about antibiotics? They probably would have said the same thing,” he said.

“Some people worry about big advances in technology and medicine, but once it’s adapted and it’s natural for people to live until they’re 90 in a healthy way … we’ll look back at today like we do at the times before antibiotics when people died from an infected splinter.”