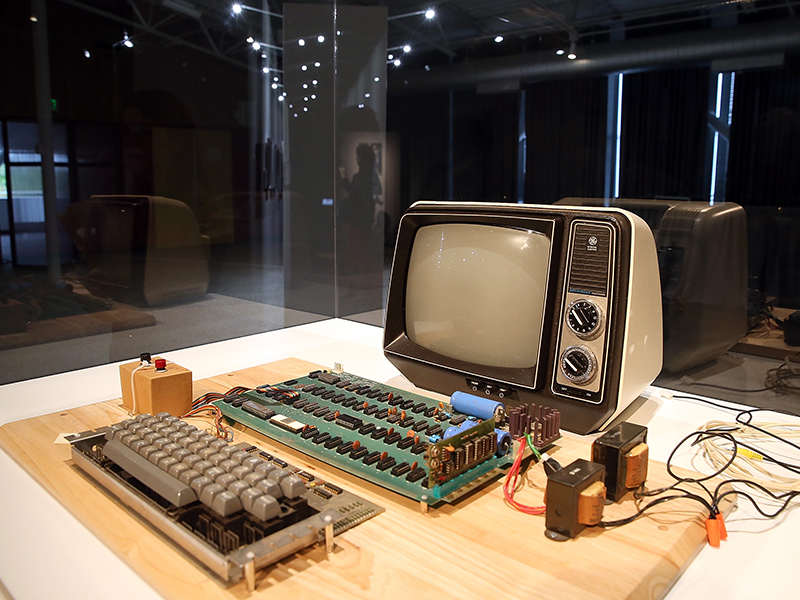 One of the oldest relics in the world of computing – an Apple-1 computer from the 1970s, – is expected to fetch around $US500,000 at an auction in New York next month.

Why so much? Because it is thought to be the only surviving computer of that model to be sold by the late Apple founder Steve Jobs from his parents’ garage.

The Apple-1 model also holds a special place in the pantheon of technological development as the first pre-assembled personal computer ever sold.

• The internet turns 25: so what happens now?
• Hello Oppo: is this the iPhone’s best competition yet?

Christie’s auction house says its estimated value is the highest pre-sale estimate for an Apple-1 offered at auction.

Institutions have snapped up relics of computing history, making it more difficult for private collectors to acquire specimens on the market, and prices are rising.

Considered the world’s most expensive computer relic, it was bought by the Henry Ford Museum in Dearborn, Michigan.