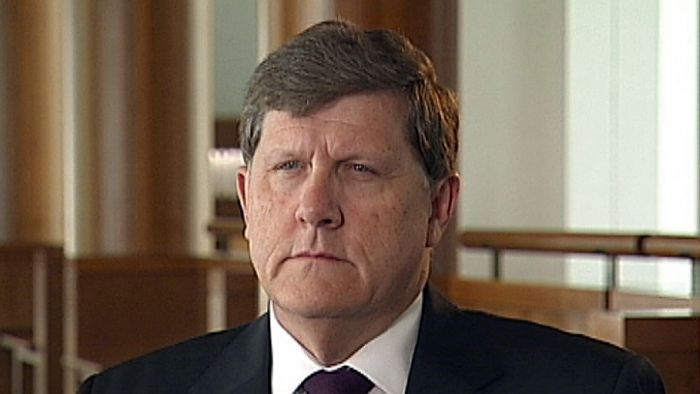 In a message printed in its English language magazine Resurgence, the terror group urged jihadists to target the “Achilles Heel of western economies” and identified choke points ripe for attack, including oil routes to Australia.

“It has been pretty obvious for a long time that if terrorists really wanted to affect western nations they would go for the blood supply, the fuel supply,” Air Vice Marshal John Blackburn told 7.30.

“I think that report is another reminder to us that the world has changed.

“We can’t assume the way these supply chains have worked in the past is the way it is going to continue.”

Australia has become increasingly reliant on overseas oil over the past decade with local production and refining capacity both falling.

More than 90 per cent of the nation’s required oil is now imported.

More than half of that comes from the Middle East, through the Straits of Hormuz to Singapore, and then through the narrow Straits of Malacca, which is renowned for its piracy.

Air Vice Marshall Blackburn said the effect of any interruption to oil supply could be sudden and catastrophic.

“After a week we are going to see serious problems,” he said.

“We have something like 12 days’ stock holdings of diesel and in some areas, we believe that other types of fuel could be as low as a week.

“Our food supply in Sydney for one week alone there’s about 45,000 truck trips distributing food.

“You’d probably start to see the food run short in the shops in about three or four days.

“The average supermarket holds about a week’s worth of stocks and only a few days of frozen foods. You’d see chemists start to run out of stock within 3-4 days.

“Our services that we take for granted, electricity supply, water supply – none of this can happen without fuel for the support elements for those functions, so you’d start to see society collapse.”

By 2015, half of Australia’s oil refineries will have shut down in just 10 years.

“They have changed the ball game for the Australian market,” he said.

“Their size and economies of scale have meant that they can refine fuel at a far more economic price than we can here in Australia.”

But successive governments and industry dismiss the doomsday scenario.

In a statement to 7.30, Industry Minister Ian Macfarlane said: “At any given time Australia has crude oil and refined product on the way to Australia by diverse shipping routes.

“In the unlikely event that fuel supply is severely disrupted, the Australian Government has powers … to prioritise essential supply.”

“You’d probably start to see the food run short in the shops in about three or four days.”

His position is backed by the general manager of supply at Caltex Australia, Andrew Brewer.

“I look at how Australia has handled fuel supply interruptions in the past, we’ve seen multiple developments internationally, – Fukushima, the GFC, local events such as the Queensland cyclones – and in all those cases the industry’s been able to provide fuel reliably and securely for customers,” Mr Brewer said.

Other countries like the US and EU nations have mandatory stockpiles of oil for just such an emergency held in huge tanks or reservoirs.

When Australia supplied more of its own oil, it entered an agreement with the International Energy Agency to hold a similar 90-day stockpile, but in recent years it has not done so.

“A recent government study estimated that a cost of $6.8 billion would be required to meet the infrastructure and supply requirements to meet the 90-day requirement,” Mr Brewer said.

“That cost has to be paid by someone and in transport fuel solution in the end, the customer’s going to pay for that.

“So it’s a question [of] whether people believe that’s a justifiable cost to take it to 90 days.”