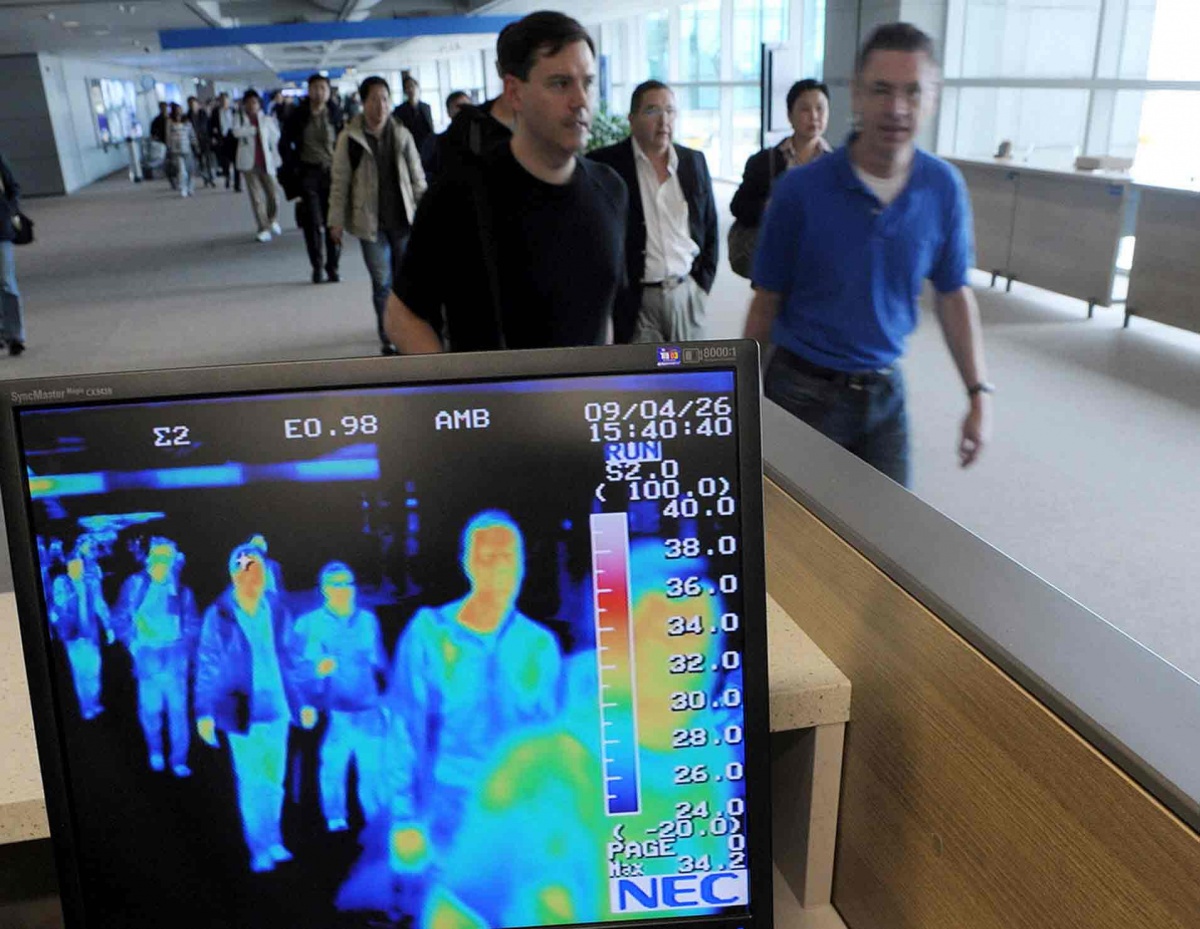 Airport security is a plank of anti-terrorism mesures. Photo: AAP

Countries across the world are scrambling to stem a deadly Ebola outbreak that UN officials warn is getting worse as New York’s main JFK airport prepares to screen travellers from epidemic-hit west Africa.

And in Madrid, the serious condition of a Spanish nurse, who was the first person to become infected with Ebola outside of Africa, showed signs of improving.

More than 4000 people have died from Ebola in seven countries since the start of the year, according to the UN’s World Health Organisation, and the disease appears to be outpacing efforts to fight it.

“The virus is far ahead of us and every day the situation gets worse,” the head of the United Nations’ emergency Ebola mission Anthony Banbury, said.

“Collectively we must stop the spread to other countries and ensure that countries are prepared to rapidly detect, control, and eliminate the virus if it is introduced.”

At John F Kennedy International Airport in New York, passengers and crew arriving from the three countries at the centre of the outbreak will have their temperatures taken and be screened for signs of illness and answer questions about possible exposure, the US Centers for Disease Control and Prevention said.

“Exit screening might not find every person with Ebola, however, it does not have to be perfect to help reduce the spread of Ebola,” the CDC said in a statement.

Four other major US airports are to start checks next week.

Amid fears of a global contagion, two countries on Saturday ruled out suspect cases.

And in Macedonia, tests showed that a British man who died displaying Ebola-like symptoms did not have the virus, officials said.

In Spain, attention remained focused on 44-year-old nurse Teresa Romero, whose condition “improved in the night. She is conscious and talks from time to time when she is in a good mood,” a hospital source said.

Romero is thought to have contracted the disease in late September in a Madrid hospital while caring for a Spanish missionary infected with Ebola in Africa who later died.

Sixteen other people, mostly hospital staff, are under observation at the Carlos III hospital where Romero is being treated.

The hospital said one of them was expecting final test results and could be discharged Saturday.

There is still no vaccine or widely available treatment for Ebola, but ZMapp, made in California, is one of several drugs that have been fast-tracked for development.

Russia’s Health Minister Veronika Skvortsova announced Saturday that her country has “created three vaccines … and we think they will be ready in the next six months”.

“One of them is already ready for a clinical trial.”

Trials for an Ebola vaccine are under way in Mali, which has no cases of the disease but borders Guinea, where the outbreak began.

The WHO reported 4033 people have died from Ebola as of October 8 out of a total of 8,399 registered cases in seven countries.

The sharp rise in deaths came as the UN said aid pledges to fight the epidemic have fallen well short of the $US1 billion ($A1.08 billion) needed.

Britain held a nationwide exercise on Saturday to test its preparedness for an Ebola outbreak.

The eight-hour drill featured actors pretending to be infected with Ebola plus medical staff treating them at locations around the country.

Ebola concern also spread to the sports world, with hosts Morocco calling for the January-February 2015 Africa Cup of Nations to be postponed, but the African Football Confederation said the schedule would not be changed.

Travellers set to be ‘screened’ for Ebola