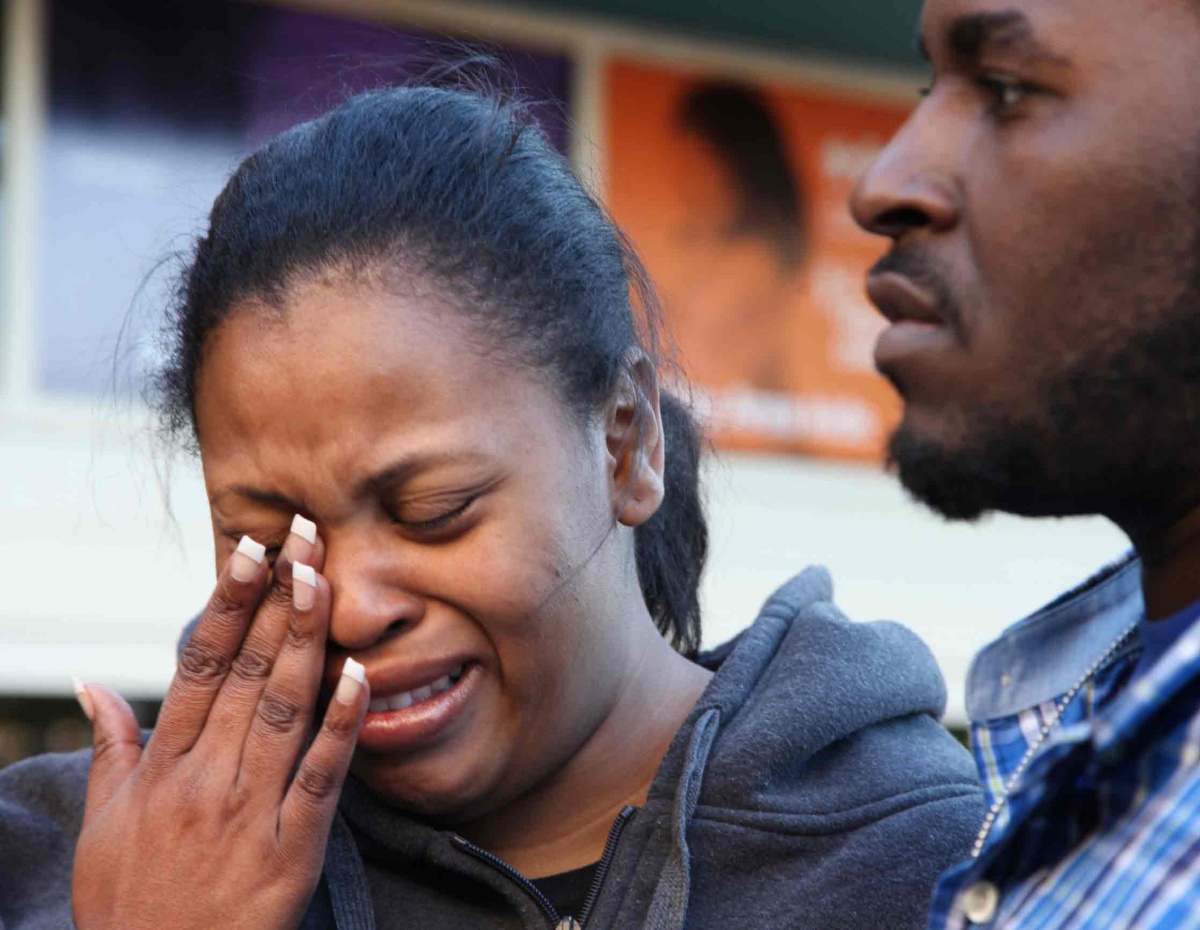 The family of Jahi McMath has broken its months-long silence to talk about the 13-year-old’s condition and their hope that she can return to her California home.

Jahi was taken to New Jersey on January 5 after a surgery mishap left her brain dead at UCSF Benioff Children’s Hospital in Oakland in December 2013.

Jahi has been kept alive on machines and through feeding tubes, but the family and attorney Christopher Dolan only this week confirmed her location.

They say she is living in a New Jersey home with her mother, stepfather and younger sister.

Jahi’s mother, Nailah Winkfield, her uncle, Omari Sealey, and her grandmother, Sandra Chattman, spoke to reporters on Friday afternoon at Dolan’s San Francisco office, saying the past year has taken a toll on the family as they’ve struggled to care for the girl.

“I’d like to see her in California,” said Winkfield, adding that she talks to her daughter daily and that Jahi responds to her commands by moving her limbs.

“I’m so homesick I want to come home. Our family is so separated and broke up. I go through hell every day.”

Dolan has said the family wants a judge to reverse the brain-death declaration so Jahi can return to California.

Since she is considered brain-dead in California, she cannot receive the around-the-clock care she is receiving in New Jersey, a state with an exemption for brain-dead patients to receive care based on religious grounds.

Dolan has said Jahi has been “exiled” from her home state, and her family wants her to go home.

The family’s statements on Friday came a day after Dolan released videos to journalists showing Jahi’s limbs moving when asked to do so by her mother.

Dolan says the videos, and tests that he says show that Jahi has some brain activity, are proof that she is showing signs of life.

Dolan is asking a San Francisco Bay Area court to declare Jahi alive, and reverse its earlier ruling and the declaration by three doctors that Jahi is brain-dead.

A court hearing is scheduled for October 9.