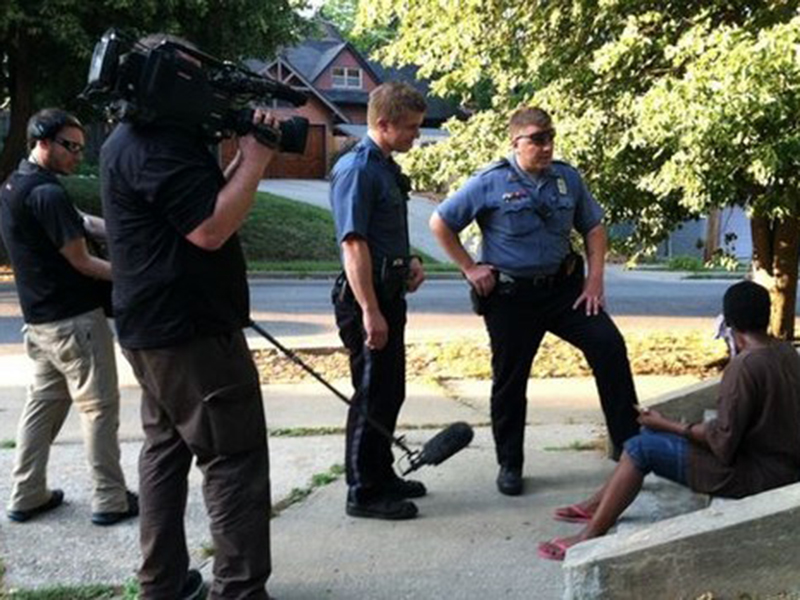 Police officers who opened fire while disrupting a robbery at a fast-food restaurant in the US state of Omaha killed a crew member with the TV show Cops as well as the suspect.

The suspect was armed with a pellet gun and fired on police, who thought it was a real handgun and returned fire, police chief Todd Schmaderer said.

He added witnesses and officers thought the robbery suspect’s Airsoft handgun looked and sounded real, but discovered later that it fires only plastic pellets.

The suspect, whom police identified as 32-year-old Cortez Washington, was struck by the officers’ gunfire, but fled outside of the restaurant before collapsing. Officers continued firing on the suspect as he exited the restaurant, and that was when the Cops crew member, 38-year-old Bryce Dion, was also struck, said Schamaderer.

• Why there is still life in reality TV: Tom Ballard
• What wining a reality show taught me about life

Dion was wearing a bulletproof vest, but a single bullet that hit his arm “slipped into a gap in the vest” and went into his chest, Schmaderer said.

“My concern with my officers is that they are taking this very hard,” Schmaderer said. “Bryce was their friend.”

Schmaderer said video captured by the cameraman who was with Dion shows the chaotic situation in the restaurant.

Police released still shots from the video showing a hooded and masked person pointing what looks like a gun at police. Schmaderer said police would not release the full video, but that it will be part of the grand jury investigation into the shooting.

Schmaderer said the incident began when one of the officers, on his way to another reported robbery, called to request backup for the robbery at the Wendy’s. The Cops crew members were with two officers who responded to that request.

When police entered the restaurant and confronted the suspect, Dion, who was the sound operator, got separated from the cameraman, Schmaderer said.

Cops is a reality TV show that depicts law enforcement officers in action. According to its website, the show has been filmed in at least 140 US cities and three foreign countries.

Executives with Langley Productions said this was the first time one of their crew members has been fatally shot while filming. The show started on Fox in 1989 and is now shown on the Spike network.