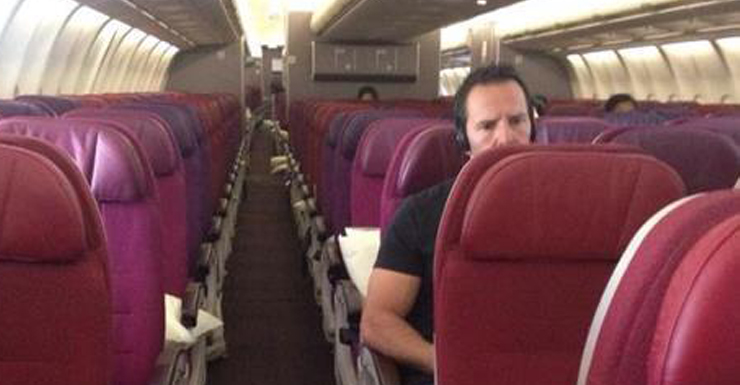 The blow comes as a report by American analyst Oliver McGee claims that Malaysia Airlines are operating at a loss of $2.1 million a day.

A photo of a flight posted to Twitter this month by SBS newsreader Ricardo Goncalves shows an almost empty plane with only a handful of passengers.

Picture sent to me of a Malaysia Airlines flight out of Australia today to Asia | pic.twitter.com/3nrsdKIBmg

Other images have emerged of empty flights and check-in areas, with some bragging about the cheap flights that the airline is currently offering.

Can confirm my mother arrived in KL in one piece after flying Malaysia Airlines. But plane so empty she had three seats to herself in A380 — Julia Macfarlane (@juliamacfarlane) April 25, 2014

The airline has denied it is headed for bankruptcy, despite racking up $1 billion AUD in losses in the last three years, according to a Australian Financial Review report.

A sexual assault scandal is the latest disaster for the airline, with a Malaysia Airlines steward detained in Paris for allegedly assaulting an Australian woman during an empty flight.