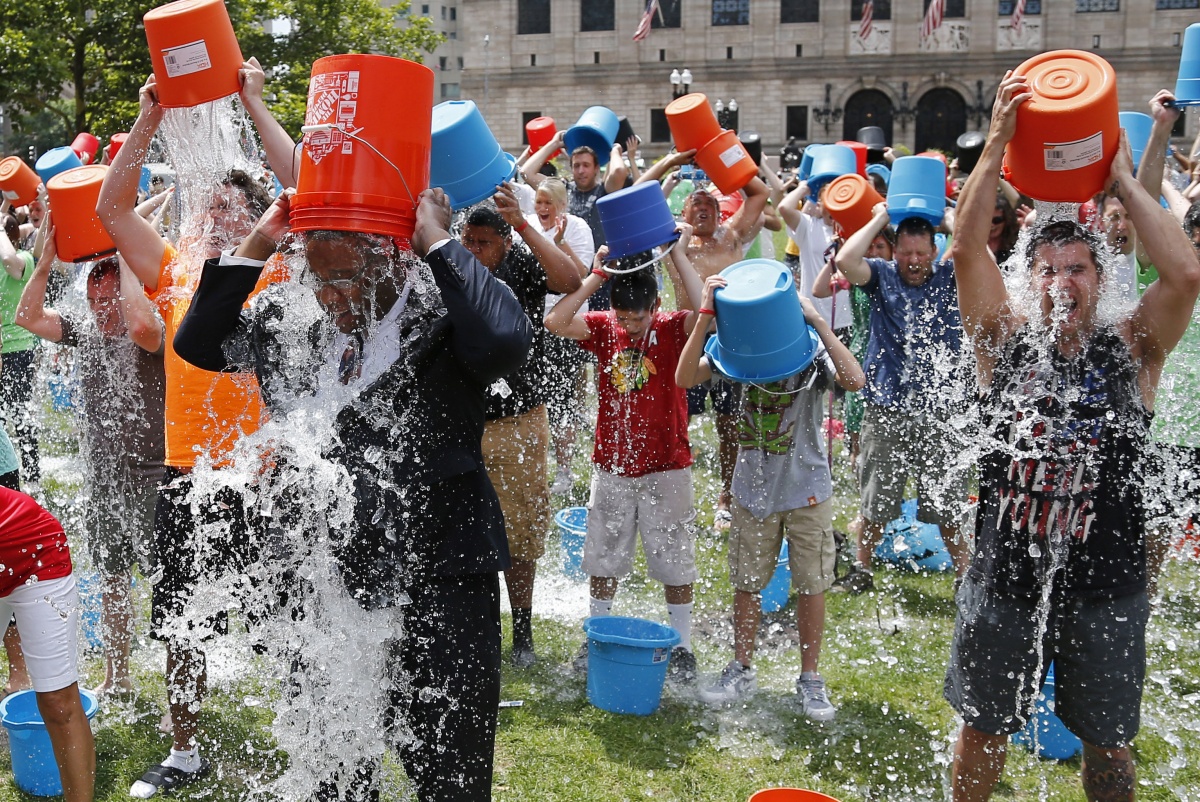 If you use social media, you’ve no doubt been forced to endure a barrage of videos of people dumping buckets of water on their heads during the past few weeks.

• Are young Aussies the most politically engaged?
• EXPLAINER What is the Ice Bucket Challenge?
• Ice, ice baby: the best viral challenge videos

In case you missed the point, the aim of the ‘Ice Bucket Challenge’ is to raise money and awareness for amyotrophic lateral sclerosis (ALS), a debilitating degenerative disease that causes muscle atrophy throughout the body.

Although it may appear to be little more than a self-indulgent wet t-shirt contest for the young, rich and famous, it has undoubtedly given a much-needed injection of money and publicity to the ALS cause.

While it’s harmless fun to some, others have expressed concerns that the superficial nature of social media campaigns is undermining the gravity of some causes and discouraging meaningful action.

“Social media campaigns are potentially really powerful,” Tim O’Connor from Unicef says, “but it’s often a one off commitment and it can become fairly hollow.”

It’s all part of a hashtag-happy epidemic known as “slacktivism” – low-cost, low-risk and low-effort involvement in a social cause – and the Ice Bucket Challenge is not the first of its kind.

Epic video campaign Kony 2012 did little to nab the Ugandan war criminal it was chasing. “No makeup selfies” for cancer awareness became not much more than a warped beauty contest for many participants. And #BringBackOurGirls didn’t rescue the 276 Nigerian schoolgirls kidnapped by Boko Haram. Most of them are still missing.

Mr O’Connor says this fleeting nature of social media can have a potentially detrimental effect on those involved.

“It can be incredibly disempowering for people who are taking their first steps in the political sphere,” he says.

“The constant reporting – especially right now – on all that is going wrong in the world just leaves people feeling impotent,” Mr Costello says.

“Social media provides a platform for people to share their passion, to do something themselves. While not all social media campaigns directly generate funds for charitable causes, in my view it can’t be a bad thing.”

Isabel Oderberg, head of social media for the Australian Red Cross, agrees that social media offers a unique, direct dialogue between charities and potential supporters, especially when you consider that 69 per cent of all Australians use it.

“We have an incredibly engaged following,” Ms Oderberg says. “It’s about having a conversation and where that conversation leads may be to donations, education and other kinds of support.”

But before blindly celebrating celebrities and friends for their involvement, it’s worth taking a psychological perspective when examining an individual’s motivation.

“There’s not much about social media that involves humility,” Christine Bagley-Jones, a counseling psychologist, says.

“You will have a lot of pseudo-activists that are just getting on a bandwagon because it helps them form an identity.”

In contrast, making a private in-person donation, while arguably more helpful, doesn’t carry with it the same level of validation.

“Donating in private is certainly more humble,” Ms Bagley-Jones says, “but in reality, people like to feel good and having witnesses contributes to that.”

For some of these scantily-clad, ice bucket-loving celebs the campaign offers a cost-free opportunity for a bit of personal branding.

Furthermore, although watching Ben Affleck pour water on his head is undeniably enjoyable, it doesn’t do much for the people who really need the help.

“The general public can become desensitized when they see celebrities standing in front of a banner but never really associating with the actual issue,” Mr O’Connor says.

“If you’re constantly being bombarded with information with no censor, it can be detrimental for the authenticity and legitimacy of the cause.”

Instead, what social media campaigns really need, Mr O’Connor says, is a continued commitment – something the average Instagrammer can’t provide.

A bit of slacktivism is better than nothing at all. But next time you reach for the ‘like button’, consider backing up your social media support with an ongoing commitment, or some old-fashioned volunteering.