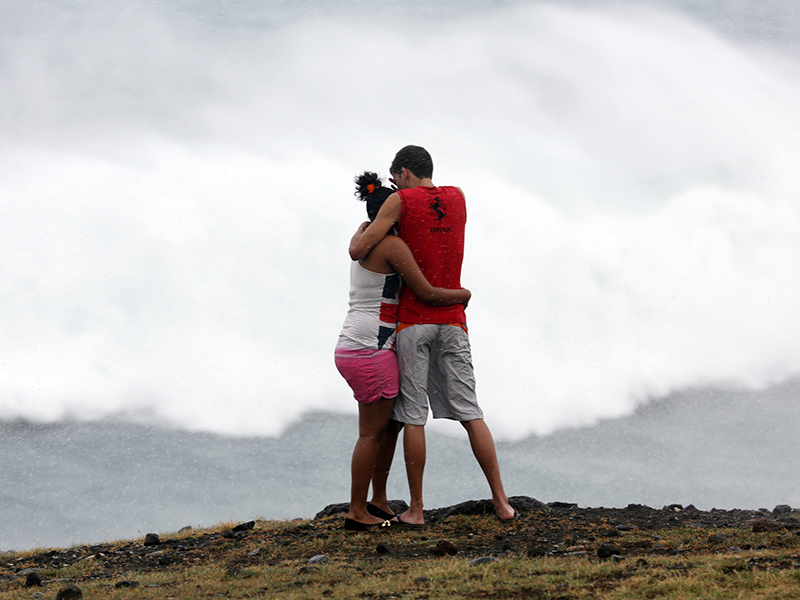 The World Meteorological Organization (WMO) brought together 1000 specialists to discuss the uncertain future of weather forecasting.

A decade after the entry into force of the Kyoto Protocol, the world’s focus has shifted from reducing greenhouse gas emissions linked to warming, to dealing with its consequences.

“It’s irreversible and the world’s population continues to increase, so we must adapt,” said Jennifer Vanos, a professor of atmospheric sciences at Texas Tech University.

Average temperatures have increased 0.47 per cent degrees Celsius so far.

Scientists have predicted a two-per cent rise in average temperatures by 2050. A one-degree hike translates into seven per cent more water vapor in the atmosphere and because evaporation is the driving force behind air currents, more extreme weather events are expected to follow.

Broadly speaking, said the American researcher, rising temperatures will have a “multiplying effect on weather events as we know them”.

Bone-chilling temperatures that swept across North America last winter will plunge even further, while summer heatwaves and droughts will be hotter and dryer, he added.

By 2050, it is believed, airline passengers will experience twice as much in-flight turbulence as a result.

Meanwhile, on the high seas, monster waves will await cargo and cruise ships.

“Maritime shipping companies are already running into enormous waves,” some as high as 40 metres, said Wang, adding that 20 metres high was considered exceptionally high until now.

“This is just the beginning of climate change, because the oceans will have an even greater impact releasing more heat and vapor,” he warned.

Melting ice of Greenland could result in a six-metre rise in the world’s oceans, though not likely until the next century, said Eric Brun of Meteo-France, citing a study he recently published on climate’s impact on ocean levels.

Amber Heard’s sister and friend give evidence
‘Should have been a penalty’: Boy crash-tackled by PM gives his verdict
Apple sued over ‘ear shattering’ AirPods alert
Russian Google to file for bankruptcy
Man arrested at NSW school for bestiality
Concern about COVID-19 deaths in aged care
National Guard stood down in US riot town
Today's Stories