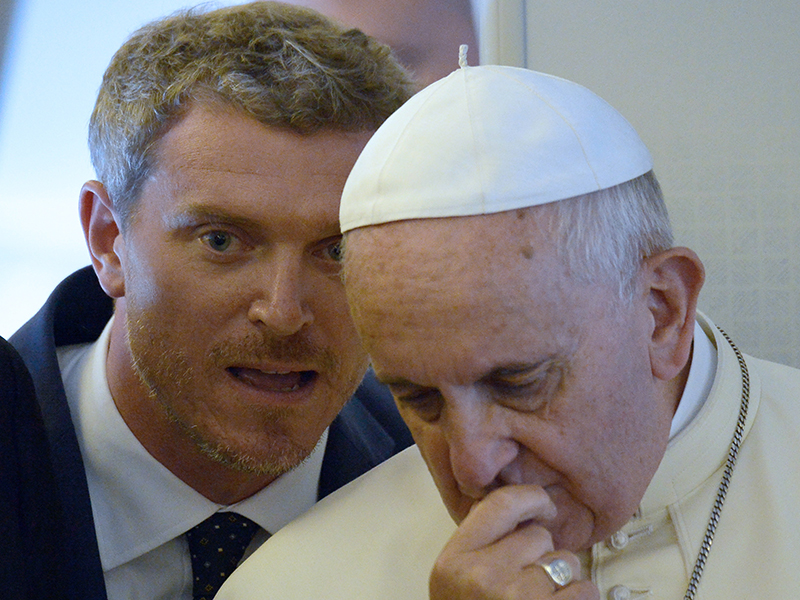 Pope Francis is “profoundly saddened” by the deaths of three of his relatives in a car crash on a provincial highway in Argentina, the Vatican says.

The small car carrying a nephew of the Pope along with the man’s wife and two young children slammed into the back of a truck, said Highway Police Superintendent Jorge Raineri on Tuesday. The crash killed the wife and children, one two years old and the other eight months.

Photos showed the passenger side of the car smashed and crumpled beneath the cargo truck.

Emanuel Bergoglio, the 38-year-old nephew of Pope Francis, was hospitalised. He suffered extensive injuries and his condition was not considered stable, said Ignacio Bruno, an assistant director of the hospital in the town of Villa Maria, to Todo Noticias television.

Vatican spokesman the Reverend Federico Lombardi said “the Pope was informed about the tragic accident. He is profoundly saddened.” He added the Pope asks “all who share in his grief to unite with him in prayer.”

Carmona was a social worker who specialised in assisting police in helping victims of domestic violence, according to Horacio Alberto Gimenez, chief of the Buenos Aires Metropolitan Police. Her husband, the son of the Pope’s late brother Alberto, is a medical examiner.

The accident occurred between the cities of Rosario and Cordoba, apparently as the family was returning to Buenos Aires following a holiday weekend. The driver of the truck was not injured.

The Pope’s nephew has undergone surgery and he will be closely monitored over the next 48 hours to evaluate the next steps, the director of the hospital, Francisco Fortuna, told Radio Continental

“He has made good post-operative progress and the hemorrhage, which was the reason for the surgical intervention, has been contained,” Fortuna said.