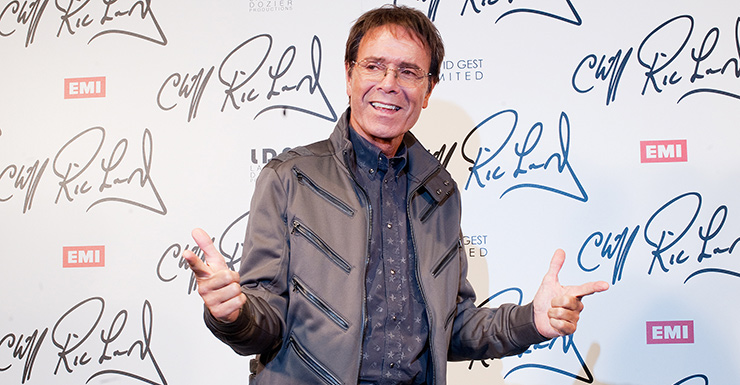 The raid on Richard's property was filmed. Photo: Getty.

Cliff Richard, one of Britain’s best known singers, has denied allegations that he committed sexual offences involving a boy under 16 years old, after media reported that his house was being searched by police.

“For many months I have been aware of allegations against me of historic impropriety which have been circulating online,” the 73-year-old said in a statement.

“The allegations are completely false.”

An hour earlier the BBC had reported that police from South Yorkshire were searching a property belonging to Richard in Berkshire, outside London, over an alleged sexual offence committed against a boy in the 1980s.

According to 9News, Richard was not home at the time of the five-hour search, during which eight police removed several boxes of material.

“Up until now I have chosen not to dignify the false allegations with a response, as it would just give them more oxygen,” Richard’s statement continued.

“However, the police attended my apartment in Berkshire (on Thursday) without notice, except, it would appear, to the press.

“I am not presently in the UK but it goes without saying that I will co-operate fully should the police wish to speak to me.

“Beyond stating that today’s allegation is completely false, it would not be appropriate to say anything further until the police investigation has concluded.”

Police had confirmed that they were searching a property in the county of Berkshire, outside London, but would not say whether it belonged to Richard.

“A search warrant was granted after police received an allegation of a sexual nature dating back to the 1980s involving a boy who was under the age of 16 at the time,” the force said in a statement.

“No one has been arrested and the owner of the property was not present,” it continued.

Richard, who is reported to be on holiday in Portugal, first entered the charts in the 1950s and has since sold 250 million records. He was the first British rock star to be knighted by Queen Elizabeth II in 1995.