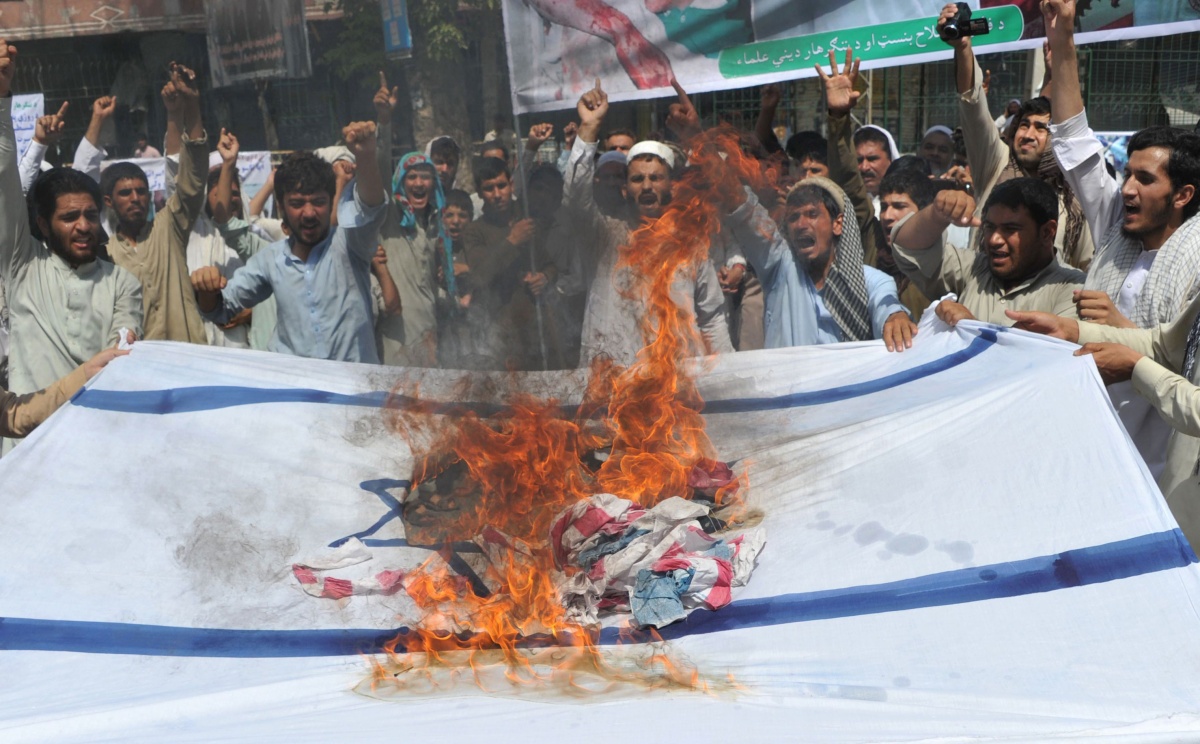 Israel has toughened its campaign against Gaza, warning Palestinians in the north to flee after marines mounted a ground attack.

As world powers prepared on Sunday to meet over the spiralling bloodshed, the Palestinian death toll from a punishing Israeli air campaign hit 165, following the bloodiest day yet in which 56 people were killed.

Despite increasing calls for a ceasefire, Israeli Prime Minister Benjamin Netanyahu said there was no end in sight, with the military warning residents of northern Gaza to flee by 0900 GMT (1900 AEST).

“We are hitting Hamas with growing force,” Netanyahu told the weekly cabinet meeting.

“We do not know when this operation will end.”

So far, no Israelis have been killed, although militants in Gaza have pounded the south and centre of the country with more than 630 rockets since the fighting began on July 8 in the biggest confrontation in and around the enclave since 2012.

Overnight, Israeli naval commandos raided the northern Gaza Strip on a mission to destroy longer-range rockets which have sent thousands fleeing for cover in cities as far away as Tel Aviv, Jerusalem and Hadera in the north.

Radio reports spoke of a fierce gun battle with Hamas militants in the Sudaniya district.

Shortly afterwards, the army said it had warned residents of the north to “immediately” flee their homes ahead of a major assault which would focus on the town of Beit Lahiya.

Even before the warning, thousands could be seen fleeing for their lives, by car, foot and horse-drawn cart, an AFP correspondent reported.

“It was the middle of the night, and I gathered the children, they were so afraid,” said Samari al-Atar, breaking down in tears as she described how her family had left everything and fled barefoot with shooting all around.

Many sought refuge in schools run by the UN agency for Palestinian refugees.

“More are arriving by the minute. They are mostly fleeing areas in the north,” he said. A spokesman said UNRWA facilities had the capacity to shelter some 35,000 people.

The chief diplomats of Britain, France, Germany and the United States were due to discuss truce efforts in Vienna later on Sunday.

So far neither side has shown any interest, Egyptian mediators said on Friday.

“France calls for an immediate ceasefire … to ensure that every side starts talking to each other to avoid an escalation that would be tragic for this part of the world,” French Defence Minister Jean-Yves Le Drian said on Sunday.

German Foreign Minister Frank-Walter Steinmeier is to fly to the region on Monday, his office said.

Thousands of protesters rallied in cities across Asia to denounce the Israeli offensive and show support for Palestinians.

Around 3000 gathered in Sydney while hundreds more gathered in Hong Kong, New Delhi and Jakarta holding up banners condemning Israel and in support of the Palestinians.

In Gaza, a Palestinian teenager and a woman were killed in two separate strikes on northern and central Gaza, and a man died of injuries sustained in an earlier raid, medics said.

That took the death toll so far to 165. More than 1000 people have been wounded.

And a Palestinian man was killed by militants in the southern city of Rafah, in what appeared to be the first execution of a suspected collaborator with Israel, witnesses said.

It was the second time in as many days militants in southern Lebanon had fired on Israel, and the army confirmed responding with artillery. Military officials believe a small Palestinian armed group responsible.

‘Get out’: Israel’s warning to Gaza residents