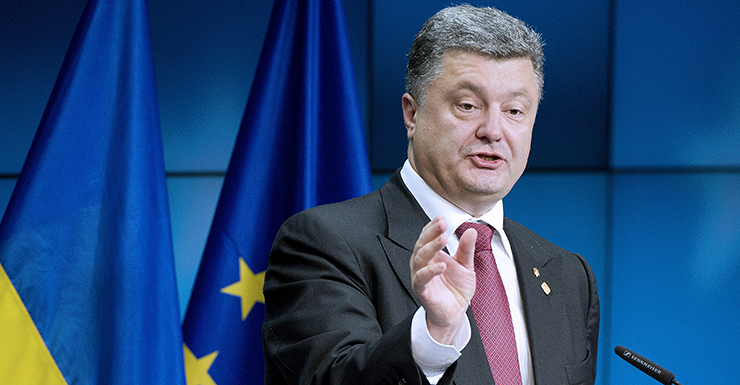 Ukraine’s new president has enlisted support from the leaders of Germany and France for a call on Sunday to Vladimir Putin as a ceasefire deadline looms and after pro-Russian rebels released more European monitors.

President Petro Poroshenko is expected to be joined by German Chancellor Angela Merkel and French President Francois Hollande on the scheduled phone call to the Russian leader on the eve of the lifting of the ceasefire.

Sunday’s teleconference is primarily meant to check on any visible shift in Moscow before the European Union and Washington consider unleashing biting sanctions against Russia’s financial and defence sectors the following day.

Both Ukraine and its Western allies have been seeking concrete steps from Russia to back up the ceasefire Kiev extended with the militias on Friday in the hope of calming a deadly insurgency sparked by the country’s new westward course.

The call also comes after pro-Kremlin rebels in eastern Ukraine on Saturday released four monitors from the Organisation for Security and Cooperation in Europe (OSCE) – one woman and three men – after being pressed by Putin to meet the terms of the tenuous truce with Kiev.

The OSCE observers looked tired but relieved as they were handed over by heavily-armed rebels to one of the group’s representative at a hotel in the eastern hub city of Donetsk.

The first group of observers detained on May 26 in the Donetsk province was handed over to the OSCE on Thursday.

The Vienna-based organisation said the second team includes nationals from Germany, the Netherlands, Spain and Russia.

The OSCE – a 57-nation body created in the 1970s to oversee European security during the Cold War – has played a central role in trying to mediate an end to a 12-week insurgency convulsing the ex-Soviet state.

After signing a landmark trade and political association accord with the European Union on Friday, Poroshenko decided to extend the fragile ceasefire until Monday evening.

He added the condition that Russia requires the insurgents to return border crossings to Ukrainian forces and set up a monitoring mechanism for a long-term truce to halt the rebel uprising that has already claimed 450 lives.

A spokesman for Ukraine’s eastern campaign told AFP Saturday that the past day of fighting had seen three soldiers killed and six others wounded outside the rebel stronghold city of Slavyansk.