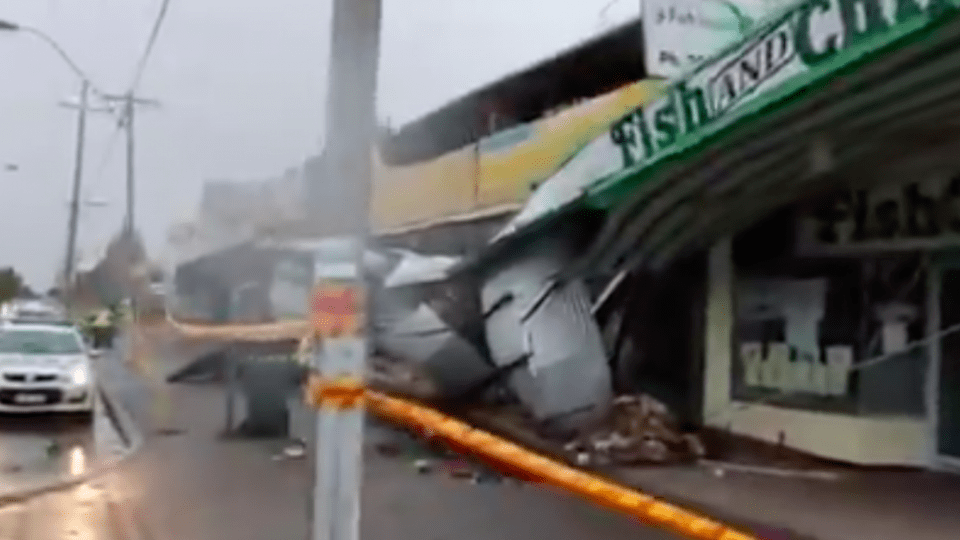 Residents have been told how to make sandbags as the big blow, like this 2020 storm, bears down on Perth. Photo: Twitter

West Australians are battening down as a severe storm bears down on Perth and the south and mid-west coasts.

Authorities say the state capital, Bunbury, Busselton, Geraldton, Mandurah, Margaret River and Moora could all be affected by the extreme weather event, and residents should take quick and appropriate action.

Anyone trapped outside needed to find safe shelter away from trees, powerlines, stormwater drains and streams, according to an Emergency WA alert issued shortly after 12.30pm on Sunday.

People inside should stay away from windows, unplug appliances and avoid using landline phones.

In the event of flooding, residents are urged to create sandbags using pillowcases and place them around doorways.

The Bureau of Meteorology said a strong upper trough and associated vigorous cold front were expected to cross southwestern WA during the afternoon, resulting in severe thunderstorms.

The system would likely produce locally destructive winds and heavy rainfall that may lead to flash flooding over several hours.

Perth Metro would be in the firing line of the wild weather from around 2pm, the Bureau said, with storms expected to continue into the afternoon and eventually ease away from the coast.

Some roads were likely to be closed while swimmers, surfers and anyone aboard a watercraft were advised to head for shore.

Inside sex trafficker Ghislaine Maxwell’s 20-year prison sentence and what happens next
Western Australia: The state that made Anthony Albanese Australia’s next prime minister
Today's Stories