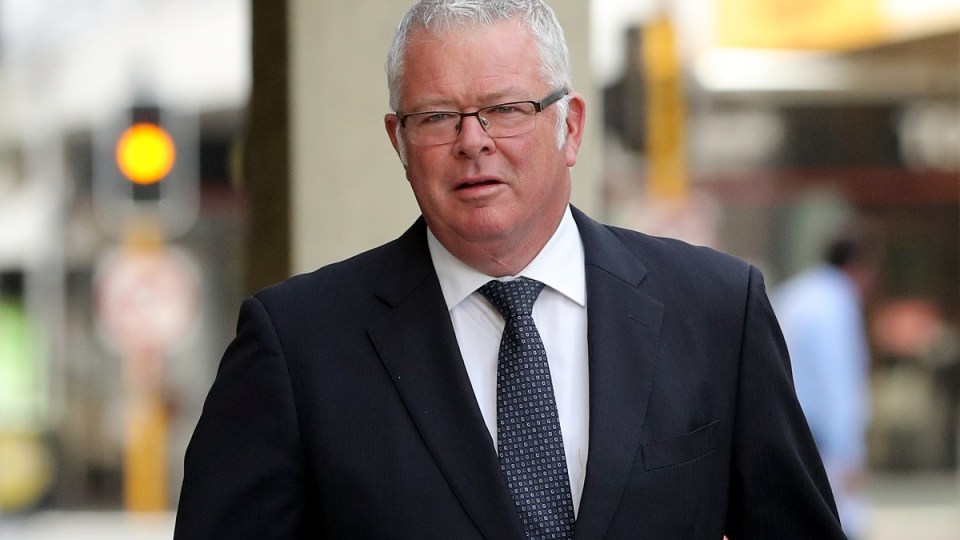 Former West Australian treasurer Troy Buswell should be punished with a fine for repeatedly attacking his ex-wife, his lawyers say.

They relate to three separate incidents between 2015 and 2016 involving his then-partner Melissa Hankinson, including one in which he pushed her to the ground and repeatedly kicked her.

Defence lawyer Tom Percy QC told Perth Magistrates Court his client had been diagnosed with bipolar disorder, was taking medication and “hadn’t had a drink for a long time”.

He asked the magistrate to impose a significant fine.

Prosecutor Sean Dworcan argued Buswell should instead face a suspended prison sentence, describing his actions as “cowardly and disgraceful”.

The court heard Buswell had become angry after catching Ms Hankinson smoking at his Subiaco apartment after they attended an AFL game in April 2015.

Mr Dworcan said Buswell reacted by pushing her down the steps leading out of his apartment, using a broom to shove her further down.

In another incident on Valentine’s Day 2016, Buswell smacked Ms Hankinson on her arm with a slotted spoon, leaving a visible bruise.

The third assault happened later that month in the state’s southwest after they attended a function.

Mr Dworcan said Buswell had kicked Ms Hankinson in the legs during a taxi ride before assaulting her in a bedroom at his mother’s home, pushing her to the ground and kicking her repeatedly in the ribs, buttocks and legs.

Mr Percy argued Buswell had been unable to see what he was doing because the lights were off – a claim disputed by prosecutors – but admitted having caused the injuries.

He said the relationship had been strained and argumentative, and “there was perhaps some degree of physicality” from both parties.

“The marriage was just a mistake from start to finish. Just two parties who never really got on,” he said.

Mr Dworcan said Ms Hankinson blamed herself for the attacks and now suffered from panic attacks, anxiety and hypervigilance.

“She was ashamed of being a police officer … dealing with victims of crime including women that had been assaulted and yet that was something that was going on at home for her and she did nothing about it, or at least nothing for quite some time,” he said.

Buswell admitted the charges midway through his trial earlier this year. Three other charges were discontinued.

After entering parliament in 2005, Buswell became leader of the WA Liberals three years later but his political life was marred by scandals.

He quit politics in 2014 after revelations he had a string of car crashes while returning home from a wedding.

A one-time heir apparent to then-premier Colin Barnett, Buswell’s other indiscretions included sniffing the chair of a Liberal staffer in 2008 while writhing in mock pleasure and an affair with then-Greens MP Adele Carles in 2010.