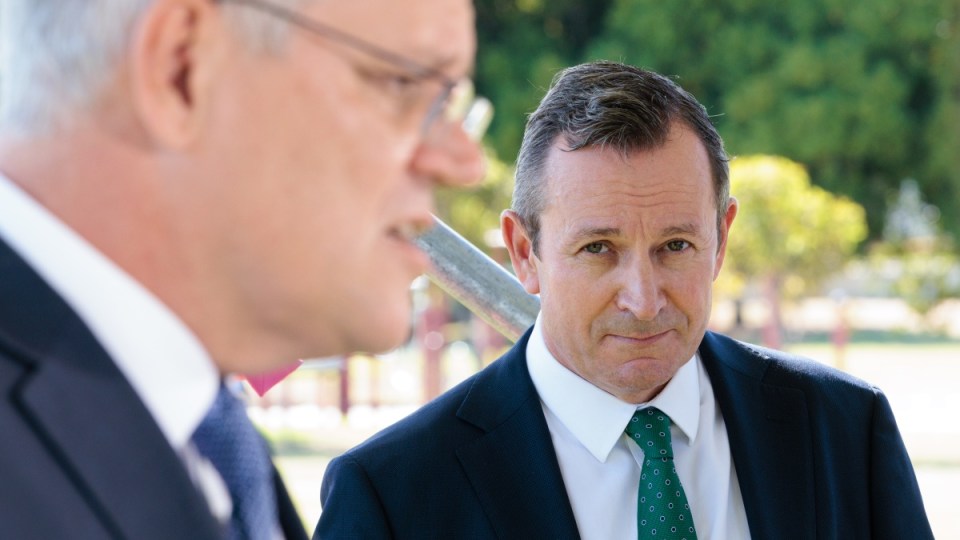 Scott Morrison and Mark McGowan are partners for now but the Western Australian Premier says it will be a different story once the federal election is called.

The Prime Minister emphasised his strong relationship with Mr McGowan while joining the Premier in Perth for an infrastructure announcement on Thursday.

It was a stark contrast to the tension between the two parties at various stages during the pandemic, particularly in relation to WA’s border closures.

Labor has urged local voters not to forget that the Morrison government briefly supported Clive Palmer’s failed legal challenge against the hard border.

“Did the Premier convince me to change my mind? Yes he did,” Mr Morrison said.

“We work on many issues together and I want to thank the Premier for his partnership. It’s been a good partnership, it’s been an honest partnership.

“We haven’t agreed on everything, but we’ve always been prepared to listen to each other.” 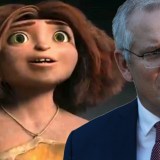 Mr Morrison denied having likened Western Australians to cave-dwellers when he last year compared reopening plans to the animated film The Croods.

Mr McGowan declined to comment, saying his views were on the record.

But the timing was less than ideal for federal Labor after Mr McGowan failed to appear alongside Opposition Leader Anthony Albanese a fortnight ago.

The popular Labor premier held his own press conference at the same time as Mr Albanese addressed local media in Perth on March 3.

He then flew to Sydney to give evidence in a Federal Court defamation trial, blaming his busy schedule for the apparent snub.

Mr McGowan, having emerged on Thursday from a week in self-quarantine after his visit to NSW, said his priority was to secure funding for the state.

“When an election is called, of course I will be campaigning for and with Anthony Albanese,” he said.

“As I always have for the last 35 years, I will be campaigning for federal Labor to win the federal election.

“But today, I’m doing an important budget announcement, which is real money in the bank for Western Australia.”

Thursday’s funding announcement, in the marginal Liberal seat of Swan, brought the total value of the joint Perth city deal to $1.69 billion.

Netflix will soon have ads, but it might not be what you think
Woman, two children killed in WA car fire
Today's Stories