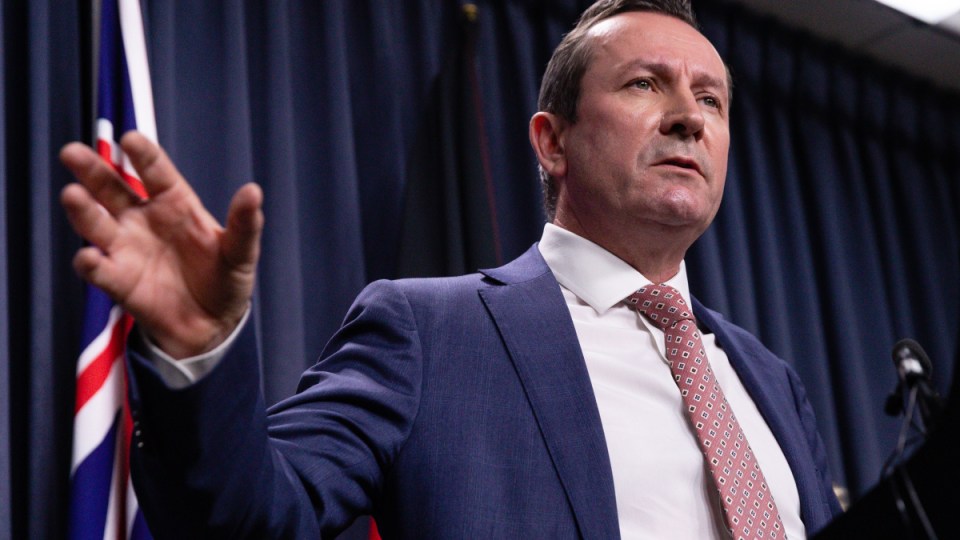 Premier Mark McGowan has again urged WA locals to make sure they are fully vaccinated against the virus. Photo: AAP

There were 51 local cases in WA on Friday, after 31 on Sunday and 37 on Thursday.

The state also reported its second local virus fatality of the pandemic, a man in his 70s.

“Omicron was first detected in Perth on January 2. It is no cause for panic. However, we do need to ensure that we continue our COVID-safe measures to limit infection risk,” Mr McGowan said.

That included a renewed push for vaccinations. As of Friday, 98.3 per cent of WA residents 12 and over had first doses, while 94.2 per cent had second doses.

For those 16-plus, the third-dose vaccination rate was 49.1 per cent.

“But, importantly, one million Western Australians have now had their third dose … This is an amazing achievement,” Mr McGowan said.

“If it’s been three months since your second dose, don’t wait any longer. Omicron is here in Western Australia.”

Mr McGowan on Friday expressed his condolences to the family of the man and urged people to get vaccinated.

“I’m advised that WA Health has no record of the man receiving a COVID-19 vaccination,” he said.

“Omicron is here and if you’re not fully vaccinated, the virus can find you and it can have tragic consequences.”

Mr McGowan said the man was believed to have acquired the virus after attending an event in Perth’s northern suburbs.

“I think he’d been in and out of ICU and onto the ward,” he said.

“It’s obviously very difficult for him and his family.”

The tally of 51 local cases reported by WA Health on Friday is a record for the state, which also posted 48 cases related to interstate and overseas travellers.

‘Omicron is here’: Another COVID case record for WA