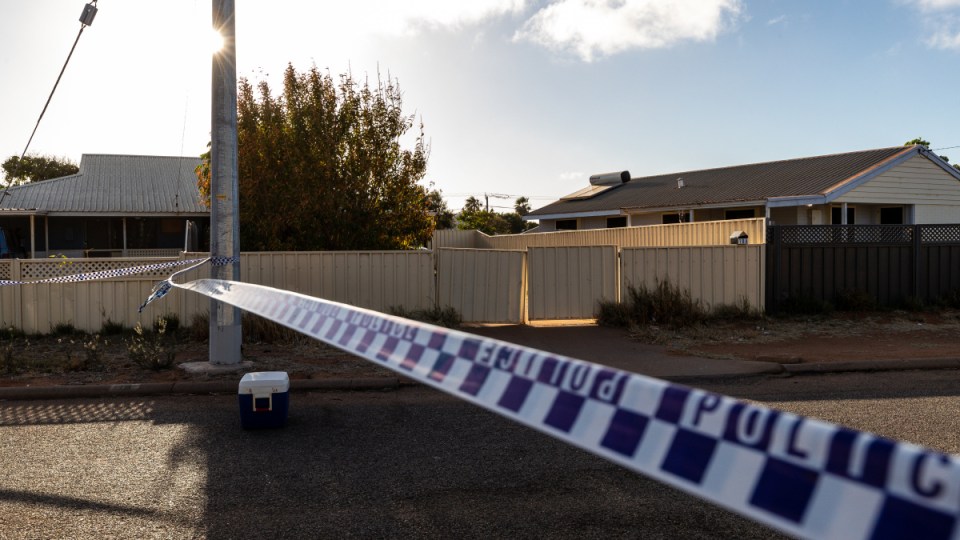 Cleo Smith was found on her own in this Carnarvon house last Wednesday. Photo: AAP

Police investigating the abduction of four-year-old Cleo Smith have reportedly shifted the focus of their investigation.

Forensic officers remain at the Carnarvon home of Terence Kelly, where they have been since the little girl was found in the locked house alone early last Wednesday morning after being missing for 18 days.

Among them is homicide detective Cameron Blaine, one of the key people involved in the Cleo’s rescue. He returned to the property on Tuesday to speak with officers at the scene.

The ABC reports he would not comment on the investigation.

It came as police shifted their focus to a car parked in Mr Kelly’s driveway.

The ABC said forensic police examining the car on Tuesday were dressed in blue PPE, gloves and were wearing face masks.

On Monday, Detective Senior Sergeant Blaine said the investigation was going well and detectives would stay in Carnarvon, about 1000 kilometres north of Perth, until at least the end of the week.

Police are also trying to determine if there was anyone else involved in snatching Cleo from her family’s tent at the nearby Blowholes campsite.

“Our focus this week is for us to ascertain whether there was anyone else involved,” Detective Senior Sergeant Blaine said.

“That’s why we are still here.

Mr Kelly, 36, is being held in a maximum-security remand prison in Perth, ahead of his next court appearance in December.

He has been charged with various offences including forcibly taking a child under 16.

Kelly was shackled and accompanied by armed riot squad guards on a charter flight from Carnarvon to Perth on Friday.

Cleo’s mother Ellie Smith and stepfather Jake Gliddon have not spoken publicly since releasing a statement on Friday thanking everyone involved in Cleo’s rescue.

“We are humbled by the love and support that we have received from not only our local community but the whole of Western Australia and across the country,” they said.

“We are so thankful that our little girl is back within our arms and our family is whole again.”

Cleo has been spoken to by specialist child interviewers in recent days, a process that is likely to gradually continue for several weeks.

Detective Senior Sergeant Blaine said the girl’s parents had been advised not to ask her too many questions about her ordeal.

“That must be incredibly hard for them so we certainly appreciate their assistance and co-operation with that,” he said.

“But as we’ve said all along, Ellie and Jake couldn’t have been more co-operative and more understanding of the police work that’s gone on. We want to see a successful prosecution at the end of the day for the person responsible.”