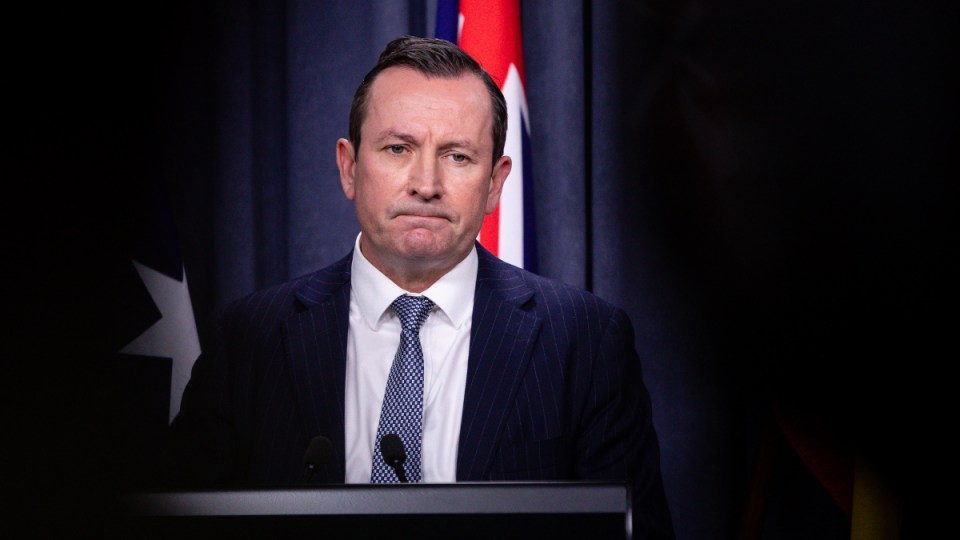 Mark McGowan is refusing to budge on his hardline border stance as a returned overseas traveller pleads with the West Australian premier to be reunited with his sick mother.

There were emotional scenes on Monday as Australians returned home to Sydney and Melbourne, which have scrapped quarantine for vaccinated travellers.

The pathway to return to WA is considerably more narrow given the state has placed NSW and Victoria under “extreme risk” border restrictions.

A man who arrived in Sydney from Los Angeles was in tears as he spoke of his desperate wish to travel to WA to see his sick mother after two years overseas.

“I’m really scared and emotional because I really want to see my mum,” he told the Seven network.

“The doctor said that she hasn’t got long … she’s been in permanent care for a few years and it’s been so long since I’ve seen her.

“I love her heaps and I just want to get back there.”

The man made a direct plea to the WA premier, saying he respected the need for caution but those separated from their families were mentally suffering.

Under the extreme risk border rules, most NSW and Victoria travellers are banned from entering WA and those who are permitted must enter hotel quarantine for 14 days.

Mr McGowan said the man’s case would be assessed for a possible exemption on compassionate grounds.

“Obviously these situations are very sad and very difficult,” he told reporters.

“The police and the chief health officer will analyse his case if he makes an application so that a decision can be made.”

Any decision on reopening WA’s borders will be delayed until after the state has reached 80 per cent full vaccination, a benchmark expected to be reached by early-December.

Mr McGowan has insisted WA is well-placed to make a “soft landing” out of the pandemic, reaching high levels of vaccination whilst avoiding the need to reimpose restrictions such as capacity limits and mask-wearing within the state.

As of Monday, WA had zero active COVID-19 cases compared to almost 22,000 in Victoria.

“We have a virtually unique opportunity to get to very high levels of vaccination before such time as we have COVID come in,” Mr McGowan said.

“Really, it’s a matter of a few months. We’re heading towards the end of this, we’re just going to remain safe whilst we get there.”

The premier has outlined mandatory vaccination requirements for most of the state’s workforce, including a January 31 deadline which would coincide with the end of the school holidays and potential reopening of borders.

WA’s cap on returned overseas travellers will double to 530 once it reaches 70 per cent full vaccination.

“It is clear lagging vaccination rates and understaffing is holding this government back from even announcing a roadmap,” she said.