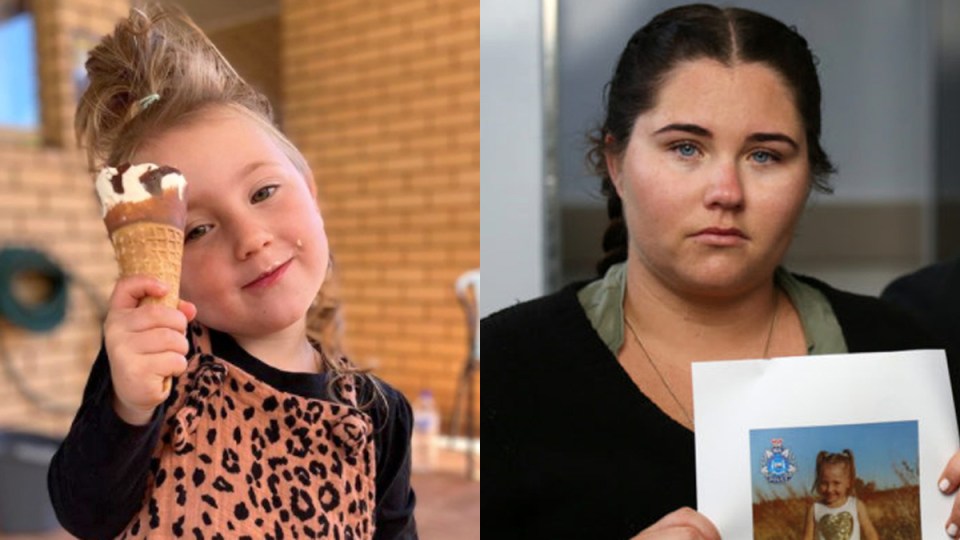 Cleo's mother Ellie Smith released a new photo of her missing daughter, along with her plea for help finding her. Photos: Instagram/AAP

WA Police have announced a $1 million reward to help find missing four-year-old Cleo Smith, who vanished from a remote campsite six days ago.

“Someone in our community knows what happened to Cleo. Someone has the knowledge that can help. Now there’s a million reasons why you need to come forward,” Mr Blanch said.

WA Police have also set up a new taskforce, dubbed Taskforce RODIA, and have more than 100 officers working to find Cleo.

“Her disappearance strikes at the heart of West Australians and I’m here to provide assurance to the community that everything that can be done is being done,” he said.

“Someone in our community knows what happened to Cleo, someone has the knowledge that can help, and now there is a million reasons why you need to come forward.”

On Thursday, Ellie Smith posted on Instagram photographs of Cleo with emotional messages of faith, hoping to see her eldest daughter again.

“I miss you. I love you. Please come home to me,” Ms Smith’s Instagram Story read, linking to a WA Police post about her missing child.

“My sweet girl. Come home to me,” the mother of two posted, accompanying an image of Cleo.

Police spent a sixth day searching for the four-year-old on Thursday. They have acknowledged there is evidence to suggest Cleo was taken from her campsite but insist they haven’t given up hope of finding her alive.

Police have revealed the the family’s tent was found unzipped at a height Cleo could not have reached after she disappeared from the popular Blowholes site, on WA’s north-west coast, early on Saturday.

Homicide detectives are assisting local police, and investigators have spoken to up to 20 registered sex offenders in the Carnarvon area. There are no suspects in the child’s disappearance as yet.

Detectives are also re-examining nearby shacks along the coastline.

“We are keeping an open mind in the investigation. It is transitioning into a taskforce operation, where the likelihood of [Cleo] being taken and removed from the area is higher,” Mr Blanch said.

“The second part of this investigation is about responding to people who are known in the area, potentially people of interest. That includes everybody at the campsite. Our job is to eliminate everyone that has a trace at the campsite during that time.”

Mr Blanch said “we’ve got a nation looking for Cleo”, and it wasn’t just up to police to find her.

“The police are out there, everything is going to help, every piece of data helps, every witness helps, every exhibit helps.”

Ms Smith has said the little girl would never wander off on her own and someone must know where she is.

She has made several pleas for help to find her missing daughter, with posts on her Facebook page on Sunday, as well as speaking to journalists on Tuesday.

She said she and her partner Jake Gliddon had last seen Cleo about 1.30am on Saturday in the family’s tent. They woke about 6am, when Cleo’s infant sister Isla wanted a bottle, only to discover Cleo was gone and the tent was “completely open”.