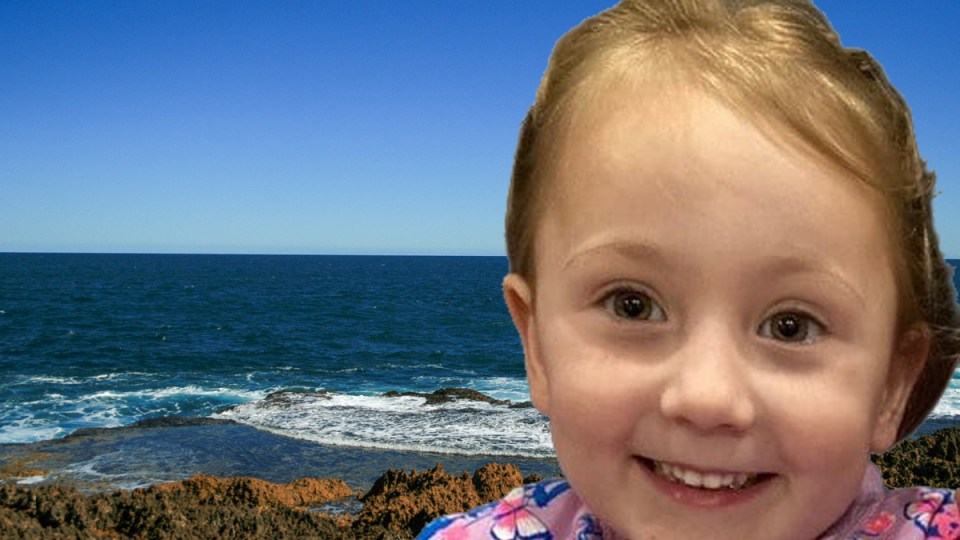 Four-year-old Cleo Smith has not been seen since the middle of Friday night. Photos: Getty/WA Police

Specialist police and a helicopter tourism company have joined the desperate search for a four-year-old girl who vanished from a Western Australian campsite at the weekend.

WA Police Commissioner Chris Dawson said all circumstances surrounding the disappearance of Cleo Smith from the Blowholes campsite on the coast at Macleod, north of Carnarvnon, were being considered with nothing ruled in or out.

Little Cleo was last seen about 1.30am on Saturday in her family’s shared tent at the campsite, which is about 900 kilometres north of Perth. When her family awoke at 6am, she was gone.

On Sunday, WA Police inspector Jon Munday revealed her sleeping bag was also gone, but said he was not “at liberty to divulge what else may be missing”.

The girl was wearing a pink one-piece sleepsuit with a blue and yellow pattern.

Amid speculation she either wandered away from the campsite or had possibly been abducted, Commissioner Dawson said the environment in the region was very tough and it was a “very unusual situation where we don’t where Cleo is”.

“Police are not ruling anything in or out. Police are conducting an extensive search of the area,” he said on Monday.

“We’ve brought in forensic trained investigators from our homicide and major crime divisions as well.”

Rangers, SES volunteers and community members are also involved in the air and land search, as well as two local helicopter tourism businesses. On Monday, the sea search was scaled back to focus on land, focusing on the area up to five kilometres away.

“It’s been over 24 hours since I last seen the sparkle in my little girl’s eyes! Please help me find her,” she posted.

Earlier, Ms Smith posted that she had woken at 6am on Saturday to find her daughter wasn’t in their shared tent.

Police said previously they were”fairly confident” they had been able to get the identities of all the people who were in the campsite at the girl disappeared, as well as gathering intelligence from dashcams and CCTV cameras in the vicinity. All vehicles in the area are also been stopped and searched.

“All Western Australians’ hearts go out to them,” he said.

‘All avenues open’ as search for missing 4yo continues