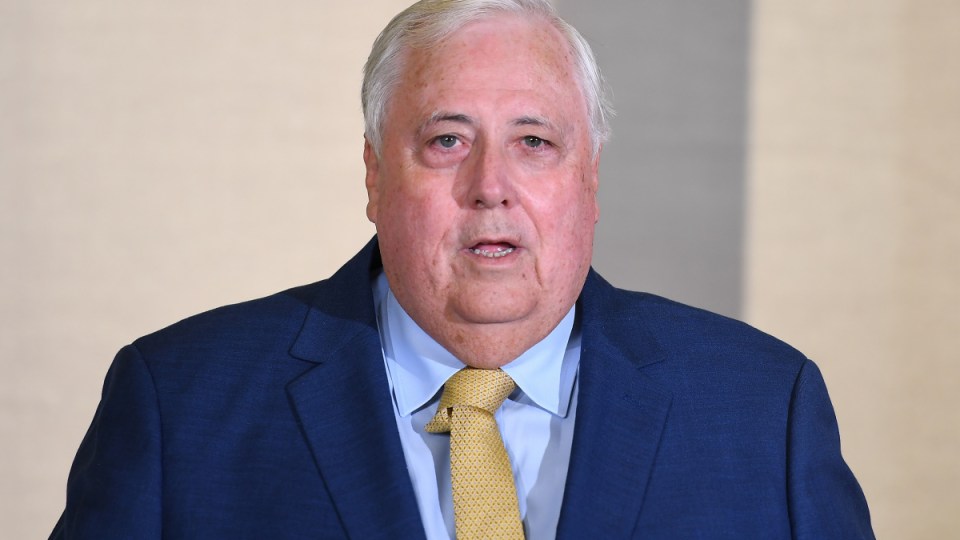 Clive Palmer has told a court that ASIC's criminal case against him is nonsense. Photo: AAP

Mining magnate Clive Palmer has lost his High Court battle with Western Australia over legislation to prevent him and his company Mineralogy from suing the state for billions of dollars.

Mr Palmer was seeking up to $30 billion from WA taxpayers, claiming legislation, introduced by Premier Mark McGowan’s Labor government and hastily passed with the support of opposition parties, is unconstitutional.

But the High Court on Wednesday found the law was not invalid, ordering Mr Palmer and Mineralogy to pay the costs of the court action.

The bill to amend a 2002 state agreement with Mineralogy and terminate arbitration between the two parties was passed by WA’s parliament in August last year.

The legislation was designed to block Mr Palmer from suing over a decision by the former Liberal state government not to assess one of Mr Palmer’s mining projects.

It followed a 2001 agreement between Mineralogy and the WA government that the company could submit proposals in relation to mining projects in the Pilbara region.

The relevant minister could respond in various ways, but not reject the proposals.

Disputes arose in relation to a 2012 proposal that were referred to arbitration resulting in awards favouring Palmer companies.

Mr Palmer, who represented himself in the High Court proceedings, described the legislation as unconstitutional, “repugnant to justice” and “an abomination masquerading as a law”.

He argued against it on several fronts, including that it discriminated against him as a Queensland resident.

The High Court decision followed a four-day hearing in June.

Stephen Free SC, representing the WA government, said the bill would have had the same effect on Mr Palmer if he lived in WA.

“It is perfectly clear that there is no disability or discrimination of the relevant kind imposed on Mr Palmer or anyone else,” he said.

The state argued the legislation was passed “in order to protect Western Australians from the crippling effects” of a $30 billion damages claim.

Mr Palmer also has a defamation claim against Mr McGowan before the Federal Court.