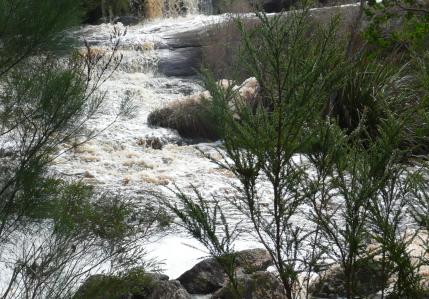 Police and SES volunteers are searching for the boy in part of a WA river which includes rapids.

A search for a missing eight-year-old boy involved in a boating accident in Western Australia’s south has entered its third day.

The boy had been camping with family at Fernhook Falls near Walpole, about 400 kilometres south-east of Perth.

He has reported missing on Sunday morning.

On Tuesday, Police and State Emergency Service volunteers continued to search a section of the river that spans about 200 metres and includes rapids.

Superintendent Kim Travers said the boy had been kayaking with his family on Saturday without any issues.

She said it appeared he was subsequently involved in a boating incident but did not provide further details.

“The family are shocked. They are anxious and wanting us to find their boy,” she said on Monday.

“The instinctive reaction to a child going missing is for a parent to throw themselves holus-bolus into searching for their child, and that occurred.”

It is not known whether the boy can swim. He had been staying with his family in a cabin at the Mount Frankland National Park.

With volunteers also scouring dense nearby bushland, there were plans to deploy a drone to search the water.

Marine search conditions have been hampered by poor weather.

“The extra bit of rain that we’ve got overnight has really added to the flow,” Superintendent Travers said.

“The water’s flowing very quickly and [at] high volume.”